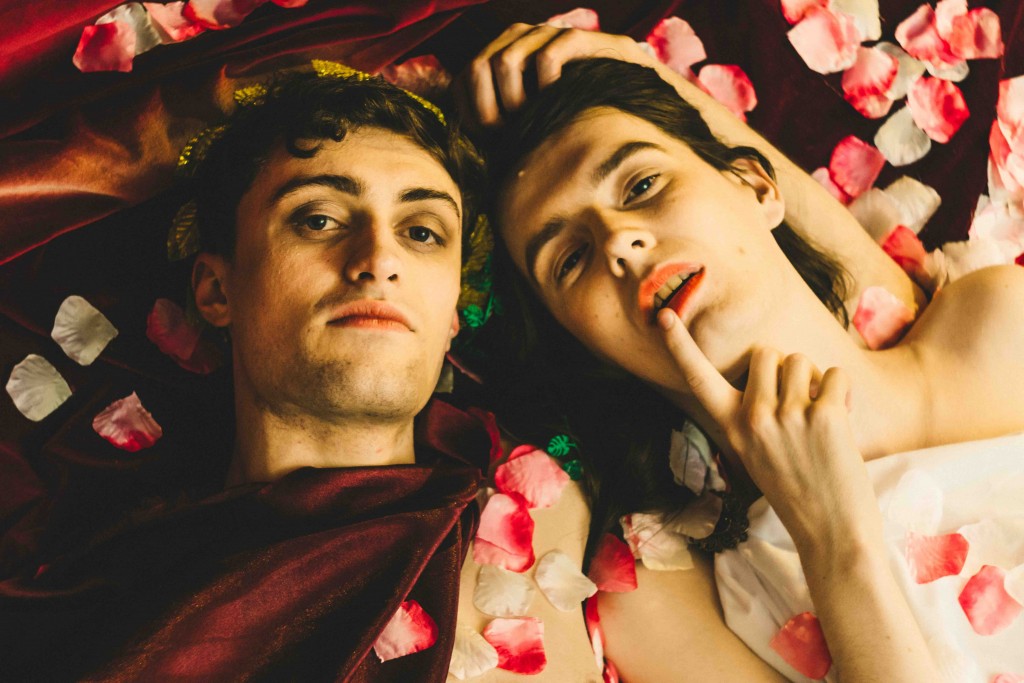 Manchester based art-pop duo, The Vanity Project, first made their mark in 2016 winning The Independent’s iSessions award for up and coming bands. Now, with BBC Radio 6 support behind them and tour slot supporting BC Camplight, the experimental duo have revealed their propulsive new single ‘Centaur’.

When a press release lands in the inbox stating that a band sound like “…the discordant psychedelia of The Flaming Lips fused with the Pet Shop Boys in a shapeshifting body horror movie set to the backdrop of a manga anime…” you just have to find out what it’s all about. Well, it’s kind of like the Frankenstein’s monster of music. ‘Centaur’ is a bizarro single that is both challenging and fun at the same time. Mixing a plethora of genres and ideas ranging from EDM to pop, and merging mind melting synth soundscapes and electro beats with effected vocals, ‘Centaur’ is like the theme tune to an 80’s kids cartoon on acid. With a mid section that conjures nightmarish flashbacks of creepy fairground attractions of yesteryear, The Vanity Project are a band who clearly delight in toying with your senses, both sonically and visually.

Consisting of Flora Jackson and Robert Paterson, the pair describe the track as focusing “on the animosities of the Internet Era – from video game enemies to alt-right trolls. Enemies constructed for the sole purpose of being antagonists. The human instinct for conflict.” The duos unique outlook on life has see them combine performance art with their distinctive sound with their recent single launch playing hosts to a guest list of musicians, comedians, artists and strays, in a cabaret format. With more music scheduled for release later in the year, it will be interesting to watch The Vanity Project continue to develop and hone their irreverent sound.

‘Centaur’ is out now via Eve of Creation.