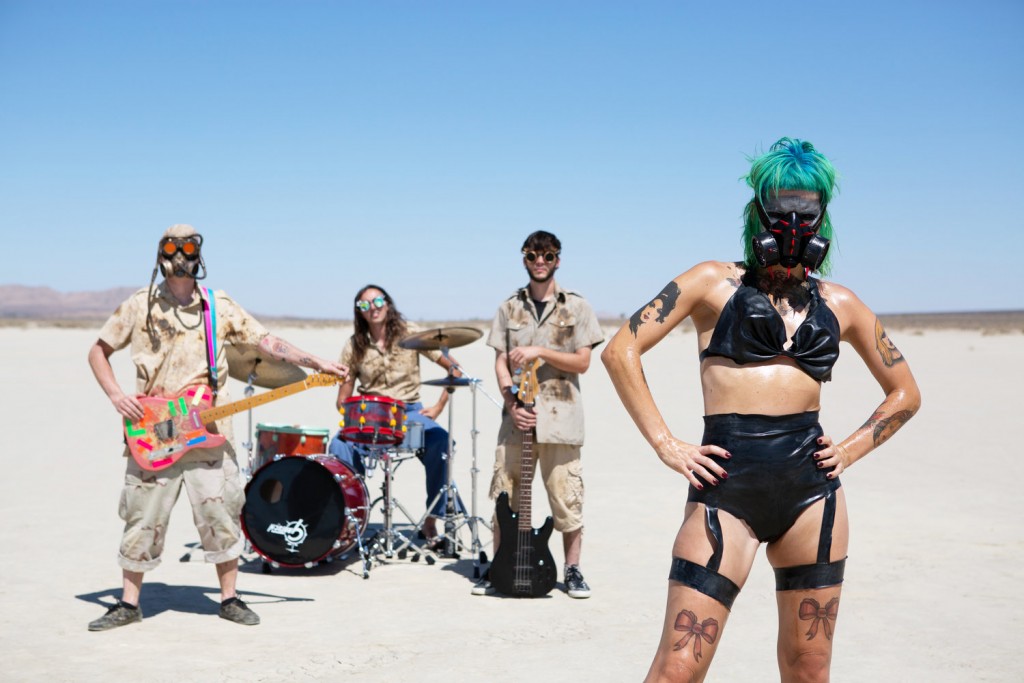 With praise from the likes of BBC Radio 1’s Huw Stephens and Radio X’s John Kennedy already under their belts, London band Tokyo Taboo have returned to blast into our ears with ferocious new single ‘No Pleasure Only Pain’.

Taken from the band’s upcoming new album, ‘No Pleasure Only Pain’ is a frenzied slice of raging punk-rock that’ll hit you with its seething sense of urgency on first listen. Inspired by the animal attraction you feel for someone or something when you know they will only cause you pain, it’ll hit you with its raw, riotous force as the fierce power of front woman Dolly Daggerz’s vocals soars alongside tumultuous, rip-roaring riffs. Of the track, Daggerz explains: “It’s like being so totally seduced that you’d sell your body, but wanting to run and hide somewhere on the opposite side of the planet simultaneously! It’s about that sense of danger that we’re sometimes attracted to.”

Watch the sizzling new video for ‘No Pleasure Only Pain’ here, whilst you prepare yourselves for Tokyo Taboo’s Noah Shain-produced new album, out later this year.