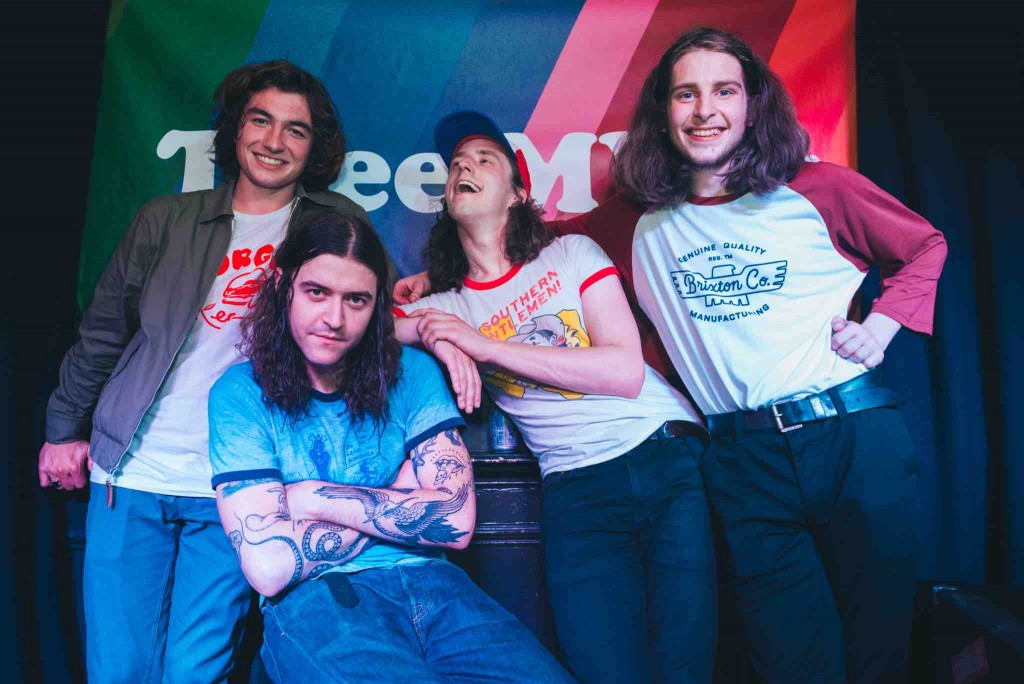 The band fuse together a sweaty punk-driven sound inspired by the classic, gritty sonics associated with 60’s and 70’s bands such as MC5, with a contemporary garage-rock sensibility that has become synonymous with notable acts like Ty Segall and Thee Oh Sees.

“American Dreamin'” comes fizzing out of the traps leading with screeching, scuzzy guitar solos and thrusting drum beats, neatly knitted together by vocals full of panache and an old school rock and roll attitude.

Often referred to as the best live band in London, Thee MVPs have just returned from a tour across the UK on a sold out run of shows with LA’s Flat Worms having also recently supported Cosmonauts, Night Beats, together Pangea, Twin Peaks, The Parrots, Frank Carter & the Rattlesnakes, Ty Segall, Meatbodies, METZ and Dead Meadow. Their unique sound has also seen them gain some great support from the music press including tastemakers such as Pitchfork, NME and The Line of Best Fit.