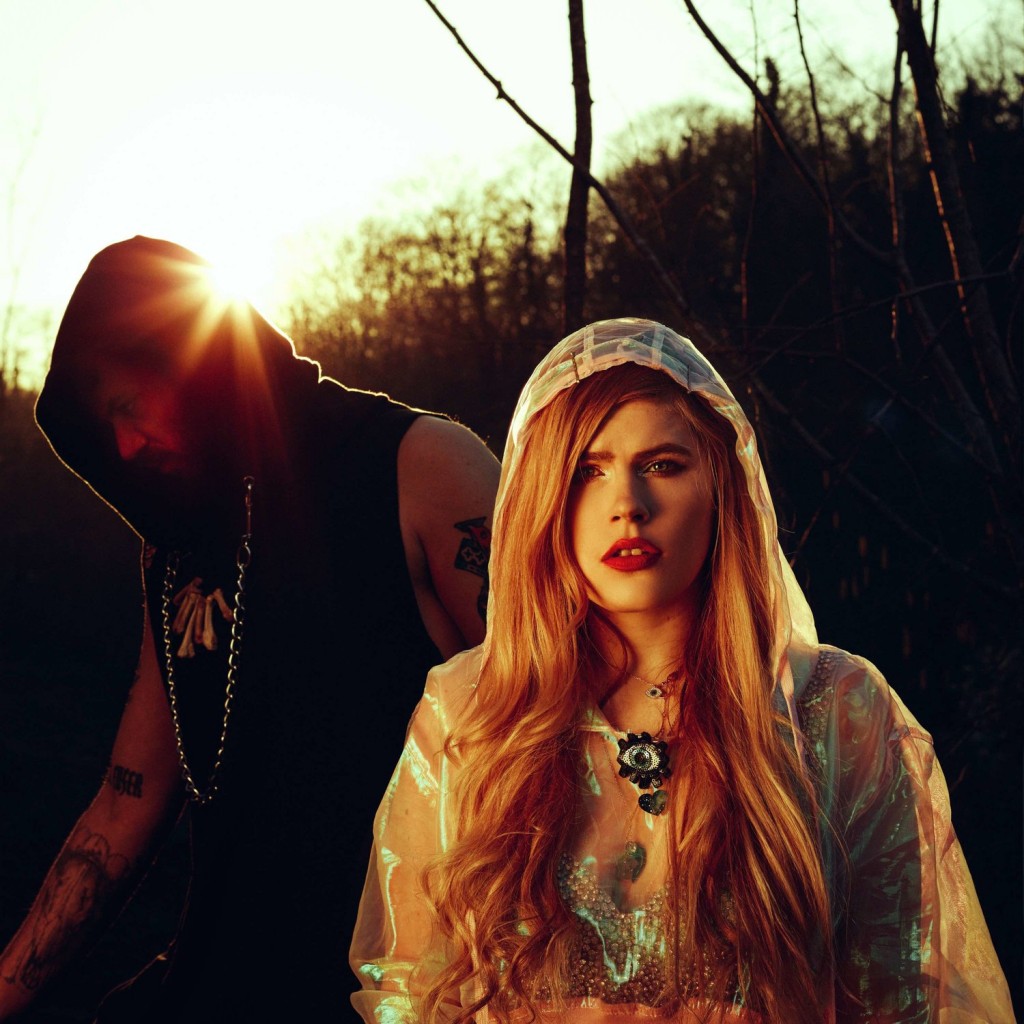 Combining the talents of effervescent front woman, Karoline Rose, and metronomic drummer, Vincent Kreyder, SUN have cultivated a sound straddling the line between metal, grunge, rock and pop. SUN have melded their love of dark, atmospheric soundscapes with the sweet, bubblegum sensibilities of mainstream pop artists. The result is a track that sounds like an all-star band featuring Chelsea Wolfe, Courtney Love and Britney Spears.

Opening with brutal drum fills, screeching guitars and the screaming vocals of Karoline Rose, ‘Higher Fire’ develops throughout the opening minute utilising the kind of pop hooks and upbeat choruses that will have you tapping your toes and shaking your hips. The track is turned on its head as it closes out with death metal like growls, offering a stark contrast to the shimmering pop sensibilities created earlier in the song.

SUN originally formed when Karoline and Vincent met by chance at a festival Karoline was performing at. They haven’t looked back since playing two packed out shows at last week’s Great Escape festival. Now with ‘Higher Fire’ out and more singles due for release later in the year, SUN are aiming to share their ‘brutal-pop’ sound with a wider audience.

Higher Fire is out now.