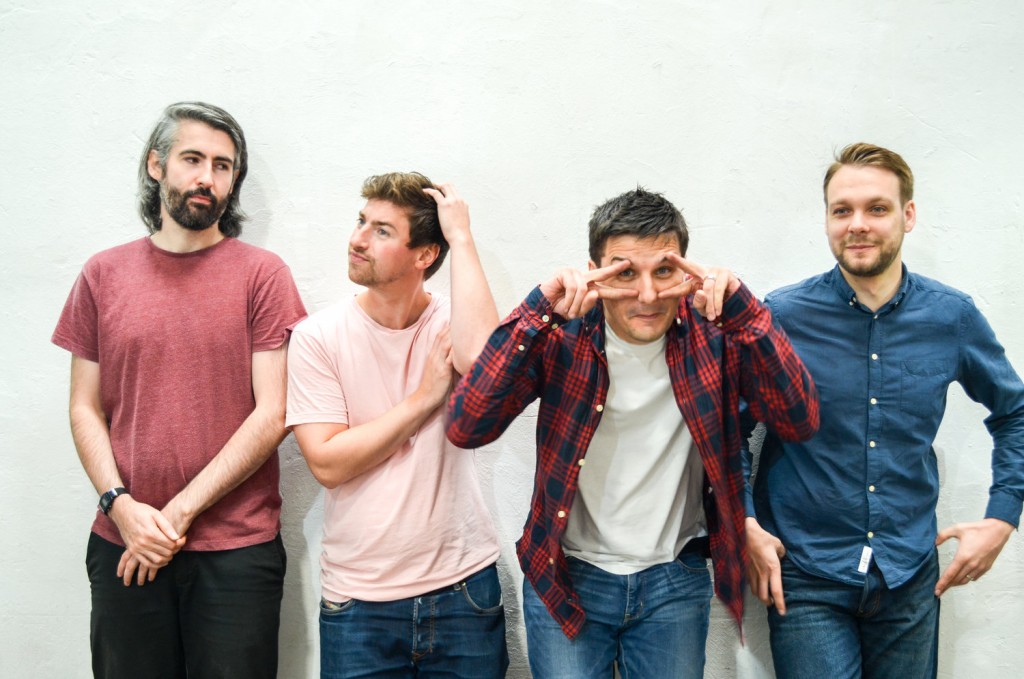 Having developed their post-disco sound over the last few years, gaining support from the likes of Amazing Radio’s Simon Raymonde and Jim Gellatly as well as renowned broadsheet The Scotsman, Static Future are aiming to continue their hot streak with the striking new single ‘Oh Master!’.

‘Oh Master!’ is the title track from the band’s forthcoming album, offering listeners an insight into the stylish soundscapes produced by the impressive Glaswegian art-rockers. Combining elements of funk, post-disco, indie and new wave, Static Future are very much a band for the here and now, think LCD Soundsystem, with nods to past greats such Talking Heads.

Opening with a hip shaking bass line, the track kicks in with the cathartic vocals of Gavin Marshall taking centre stage before building neatly into a memorable chorus complete with vocal interchanges and choral-like harmonies. The beauty of ‘Oh Master!’ is the fact that it’s not overproduced, instead Static Future have formed a deliberately lo-fi sound allowing the music to flourish organically.

With appearances at BBC Introducing at King Tut’s in Glasgow already under their belt, a debut record due for release on 16th November and single ‘Oh Master!’ out now, Static Future look set to complete 2018 on a high.

Single ‘Oh Master!’ is out now and is taken from the debut album of the same name, due for release on 16th November 2018.