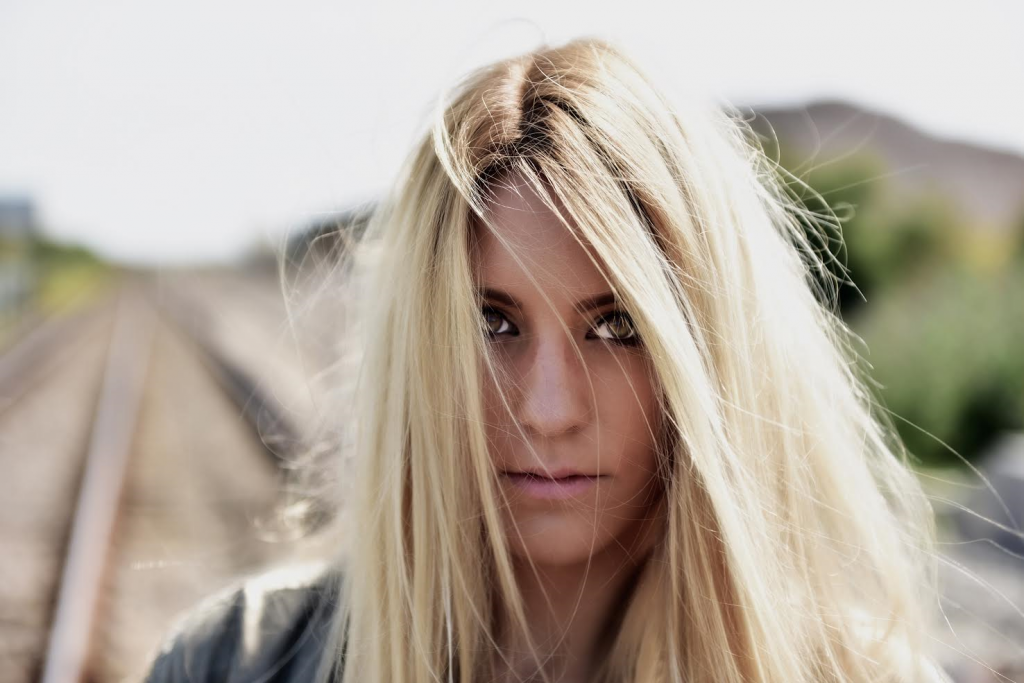 Up and coming Serbian music sensation NYNA has released her debut single Faces. The London-based singer songwriter describes the track as “dealing with the badness of the world and finding love for yourself. It’s just an honest song.”

NYNA is classically trained and this shows in her incredible vocal which is honed and flawlessly smooth. She has played the piano since the age of five and demonstrated her musical capabilities further when she began writing classical piano music at the age of twelve. Her song writing evolved to pop music but the classical roots can still be detected below the surface.

Faces is an exciting track which is hard to compartmentalise into one genre. The intro fuses multiple electronic elements together with NYNA’s manipulated vocal. As quickly as it arrives this head turning opener fades to reveal a heavy drumbeat that’s dramatic in its slow pace, accompanied by some gentle piano keys. NYNAs vocal has a purity and ease that draws comparison to singers and pianists Delta Goodrem and Lucie Silvas. But rather than being classed as classic pop, NYNA has an undeniable edge and a sound that’s refreshing and uniquely hers. Bubbling synths and waves of electronic beats wash across the piano keys in a tidal wave of boundless energy. There’s a slightly chilling undertone to the track as NYNA’s angelic voice plays out against the somewhat haunting electronic backdrop. This feeling is further accentuated when the male harmonies kick in, all low and brooding. The piano is brought back to the fore in a breakdown which begins soft and delicate but is then given an edge as the notes become deeper, inciting a feeling of mystery and depth. Strings are a brilliant accompaniment which further accentuate this haunting air.

The theme of the track is one of the bigger issues at play in the world today. Chorus “This is my world. Nothing’s gonna break my world” nods to our need to look after the planet that we’re on and look beyond the war and other unnecessary evils that exist. The accompanying video is a montage of thought-provoking and heart wrenching imagery which lends the track an extra topical depth. Flashes of destructive and moving moments caught in time such as protests, riots, deforestation and pollution are juxtaposed against the more positive such as budding flowers, relationships between humans and animals and breathtaking natural beauty. It’s refreshing to see an artist try to open our eyes to see the world that we’re living in rather than just addressing the typical, shallower themes of popular music. The lyrics such as “time’s up as I watch them running no one cares of the world they live in. There’s no forgiving” are given even more poignancy when layered against this dramatic backdrop.

NYNA is showing genuine promise and I look forward to seeing how she carves out her niche among the popular music that abounds in the charts today. Faces is out to buy and download now and you can listen to the track here. Find out more about NYNA here and watch the incredible video for Faces below.