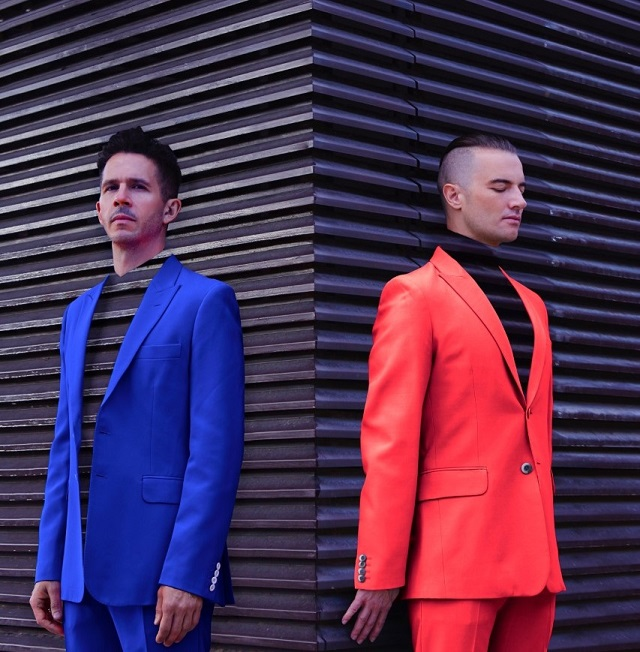 Australian synth-pop duo Monarchy have released their new single Glow Vision. The funky electro track is another classic floor-filler from the two-piece, consisting of Ra Black and Andrew Armstrong, who’ve been paving their way in the electronic dance scene over the past decade.

Glow Vision opens with an abundance of synths and a mild bassline before Ra’s pared back vocal kicks in. As he reaches the bridge his vocal becomes manipulated, sounding electronic and as one with the synths. The bassline kicks back in on the chorus with an extra funky spin added from the electric guitar. The backing vocals are a little Daft Punk-esque in parts the way they’re distorted so heavily and the synths and electronic flourishes add spacey futuristic vibes. The chorus of “I got this glow vision, I see a future in us if I tell you that I love you just once” is sung in Ra’s signature effortless style and I particularly like how the drum pads and synths are taken up a notch towards the end of the track for a final flourish.

The release of Glow Vision follows a successful year for the duo who released their third studio album Mid:Night in January and embarked on a UK and European tour. Speaking about the inspiration behind Glow Vision Ra said “Sometimes even the fullest seemingly unshakable love can feel fragile and turbulent. This song is a note to my girlfriend to let her know that I may be a bit altered, a bit lost at the end of the spirals of my mind but even there I can see what I’ve always known, which is that we have a future and the future is bright.”

Monarchy’s sound is distinctive electro-pop and always dancefloor-ready and they’ll be honing this even more as they gear up to release new music in the coming year. Speaking of the track and it’s sound Andrew said “I think this one really epitomises our direction for the new album. Analogue synths and disco beats. It¹s retro, but it’s also new, it has production tricks which are definitely from now, to mesh with the retro synths and beats. I use my Jupiter 6 a lot, and then this one has the Korg Minologue working as well.”

I for one am ready to hear more of Monarchy’s retro-inspired disco direction as Glow Vision is a taste of exciting times to come.

Find out more about Monarchy here and listen to the new track Glow Vision below.