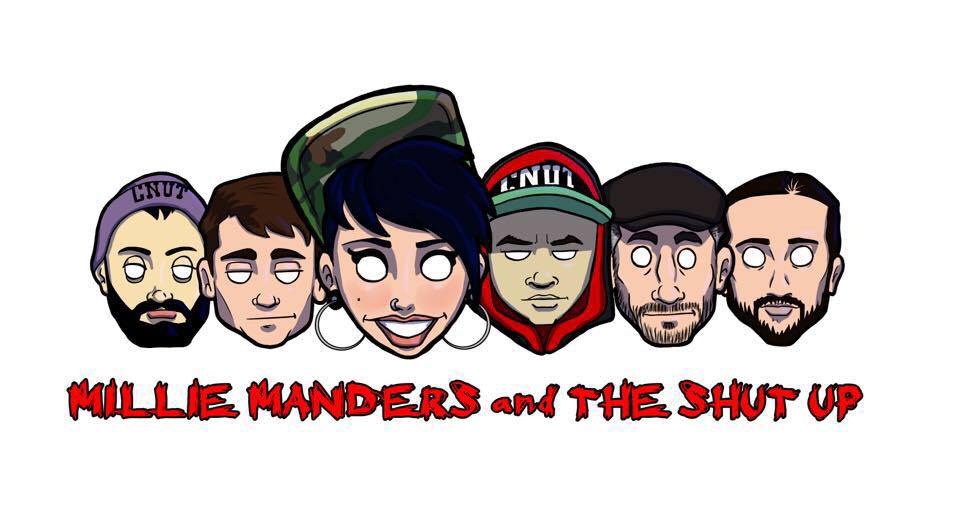 In one of their most daring attempts yet, Millie Manders & The Shutup pack a seemingly endless list of styles into this excellent reimagining of a Jam classic.

Question: what makes the perfect cover? This debate has sparked much controversy over the years, with such efforts receiving rapturous praise or biting derision depending on the listener’s personal preference over consistency and ingenuity. Does one attempt to faithfully recreate the original or add their own spin? It would appear that genre-hopping punk songstress Millie Manders is definitely within the latter school of thought, unapologetically ramming as many styles into two minutes as possible, giving both barrels all the while.

Before we delve into the gritty details of her latest track, a little background is in order. The song, a rendition of The Jam’s ‘Pretty Green’, is to be part of the upcoming album Specialized 6: Gifted – A Tribute To The Jam. The Specialized Project is the brainchild of Specials biographer and front man of exceptional ska band The Skapones Paul Williams, who set up the charity in 2011 to raise money for the Teenage Cancer Trust. So far Specialized has produced five tribute albums to The Specials, The Beat, Madness, The Clash and Bob Marley & The Wailers respectively, each bringing together a host of professional and amateur ska and reggae musicians to contribute to the cause. With their sixth box set, which is to contain a staggering 70 tracks, due for release sometime in August this year, the charity has gained much attention since it’s inception, with the likes of Horace Panter, Lynval Golding, Roddy Radiation, Mick Jones, Susan Cadogan, Dave Wakeling, Ranking Roger and Rico Rodriguez all having made contributions at one point or another.

Although one of the newer artists to the fray, this is not the first appearance by Millie Manders & The Shut Up on a Specialized album; they contributed ‘Hurting Inside’ to Specialized 5: One Love – A Tribute To Bob Marley & The Wailers. But that doesn’t mean they’re taking it easy the second time around, oh no. The sheer amount the band manages to cram to into such a short space of time is frankly baffling. The song, orignally from The Jam’s 1980 album Sound Effects starts a capella and almost feels like some sort of unhinged nursery rhyme. There’s barely time to register before the entire band kicks into an untamed fracas, sirens blaring and Manders’ vocals descending into an animalistic roar completely without warning. The track continues in an a similarly unexpected manner, blending ska punk rhythms and a swinging cabaret trumpet solo provided by the immensely talented George Alan.

A brief vocal refrain followed by a return of the initial furore caps off a number that will no doubt leave many incapable to do other than sit in stunned silence. There is just so much here. While seeming a little jumbled at times, the overall effect is incredibly imaginative, ambitious and structurally tight. Very few songs could have people headbanging, moshing and skanking within such a short timeframe. It’s a credit to Millie Manders & The Shutup’s creativity, and we can only hope that the final album brings further likeminded moments of inspiration. And if this doesn’t end up a staple of the band’s live shows, then we’re all the worse off for it.