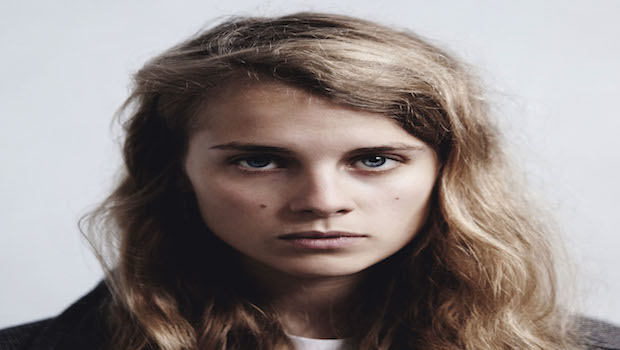 A soulful trek into the jungle of Marika Hackman’s mind leads to discovering an angry, yet chillingly delicate take on folk music.

Chop your way through the dense thicket, and you’ll find yourself staring blankly at the lissome sound of Marika Hackman. With her new EP ‘Deaf Heat’ on the way next month, the lead track ‘Deep Green’ tells some of her story.

Rich in melody, Hackman’s soft-drop voice facilitates a youthful texture and thread to her report, in stark contrast to the ferocity of the percussive sections. Her darker-than-thou dispositions murk a confused, yet strangely affective sound. I could start talking about the amount of anger that the song carries, but Hackman has done that for me: “Beat me at my own damn game // fucking with my God damn brain”. She sings of bitterness, but in an almost lackadaisical, and gentle way.

Over-looking the violent sound of the drums, the dark, swooning harmonies completely encompass the ambivalence of the song. The stubborn contrast of soft vocals, and devilish whining from behind the trees. Lurking throughout the greenery, it’s difficult to see where Hackman will come in with another sharp lyrical stabbing. “It’s pretty but its hurting like hell”, she cries. In regards to the musical philosophy of ‘Deep Green’, I couldn’t have put it better myself.

As a genre from under the alternative-folk bracket, ‘Deep Green’ has all the cloudiness of a psychedelic rock song, and all the haunting soulfulness of a deep folk record. The balance is strikingly accurate, and brashly, yet deftly applied in one of pop music’s biggest opposing emotions. Hackman beautifully intertwines the complexity of anger; under a cool, apathetic guise.

On the whole, ‘Deep Green’ presents a figurative race through the mind of one of folks sharpest points. With all the soul of a folk singer, the wit of a lyrical maestro, and the crimson touch of a alternative-rock star, Marika Hackman’s forthcoming EP promises much, if it’s lead track is anything to go by.