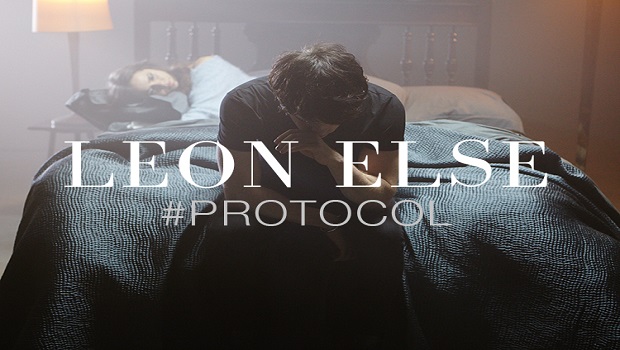 Everybody has that one undiscovered musician hiding in the depths of their music library, waiting for their momentum to grow as large as their potential. One of mine is Kent-born singer-songwriter Leon Else.

For the last few years, in addition to gracing the runway with his charming features, Leon has been holed up in recording studios writing his debut album (as well as penning lyrics for other artists) with big name songwriters and producers such as Pascal Gabriel, Diane Warren, Cass Lowe and Linda Perry among many others, and somewhere in his frenetic schedule, his new single and buzz builder ‘Protocol’ was written.

‘Protocol’ is a steamy slice of glitchy Pop/Alt-RnB; filled to the brim with intricately-structured synth layers that gently cascade in a kaleidoscopic fashion to create a mesmeric and smokey start before building to a lush chorus that allows the song to glide majestically through the remainder of it’s near-4 minute time frame. While the music alone is a treat for the ears, it’s Leon’s vocals that truly shine as he croons intelligent lyrics of deception in the laws of friends with benefits with an effortlessly sultry baritone that wouldn’t sound out of place on Soul and Jazz records.

With influences the recall the likes of Jamie Woon and James Blake, ‘Protocol‘ has the potential to leave Leon’s name high in the charts and propel him towards the success he deserves.