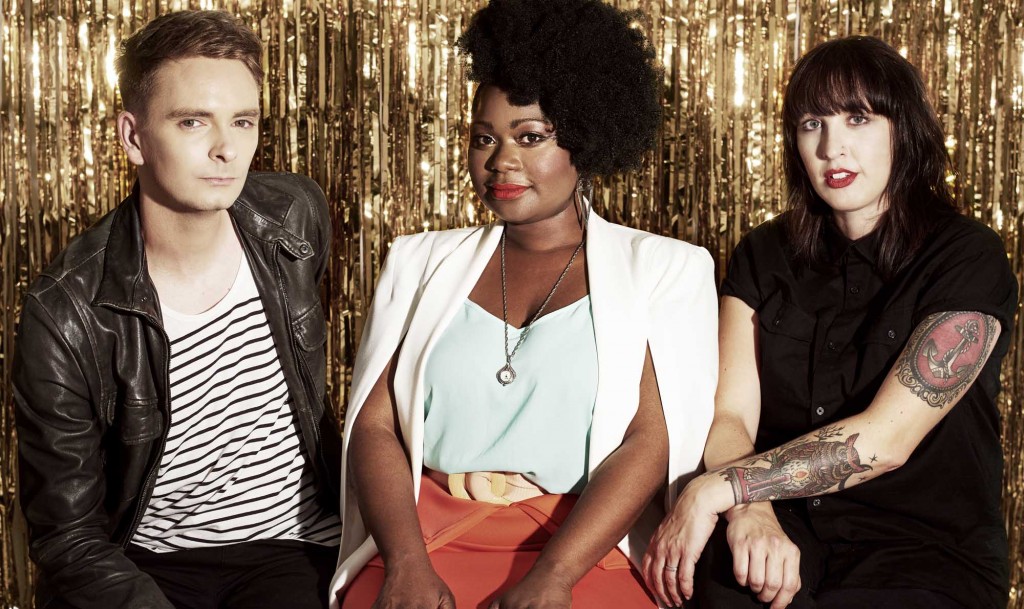 Previous singles ‘I Was There (Where Were You?)’ and ‘Toute Chaude’ consist of aggressive basslines, spoken word lyrics, psychedelic-sounding drops and synths that could be straight out of the ’80s. The trio have gained acclaim for these underground club hits, and new single ‘Pillow Talk‘ looks set to push them further into the spotlight. The track has already amassed a wealth of positive reviews, with The Guardian calling it “The most infectious dance track ever” and MTV noting that it’s “…possibly the most flamboyant dance song the world has ever heard.” High praise indeed.

“It’s a catchy, feel-good guilty-pleasure sort of song bound to make you bust into some feisty moves and sing into a hairbrush whilst getting ready for a night on the town”

The track kicks off with a pulsating beat which incorporates a ringing phone as the camera pans to bring lead singer Reyna into view who’s divulging her love life troubles to a girlfriend. Her current beau is blowing hot and cold, and she’s not gonna stand for it. On this note, the addictive bass kicks in and there’s a distinct ’80s influence, and slight house references with the inclusion of the deep, bassy backing vocal. Synths, twangy guitars, keys and electronically manipulated sounds come together to make this track heavily layered and multi-dimensional.

Reyna’s vocals are smooth and effortless and infused with an enviable amount of sass. She’s a strong, independent woman who don’t need no man! It’s a track about standing up for what you deserve and not settling for second best. Reyna brings the sass when she lays into him over the phone and tells him they’re through. She’s had enough of his pillow talk and empty words and feels liberated when she calls time on the relationship. There’s been a huge surge in the Feminist movement in 2015, and ‘Pillow Talk‘ taps into that by saying that women don’t need a man in their life to feel validated.

Following her feisty phone call, Reyna breaks into another passion-fuelled chorus where she shows everyone who’s boss. The accompanying music video depicts her grooving to the beat in a nondescript pub where the locals join her cause and break into theatrical, lively dance moves (think voguing, strutting and hair flicks). It’s a catchy, feel-good guilty-pleasure sort of song bound to make you bust into some feisty moves and sing into a hairbrush whilst getting ready for a night on the town.

‘Pillow Talk’ will be released on November 20th but in the meantime check out the video below and find out more about Le Grind here.