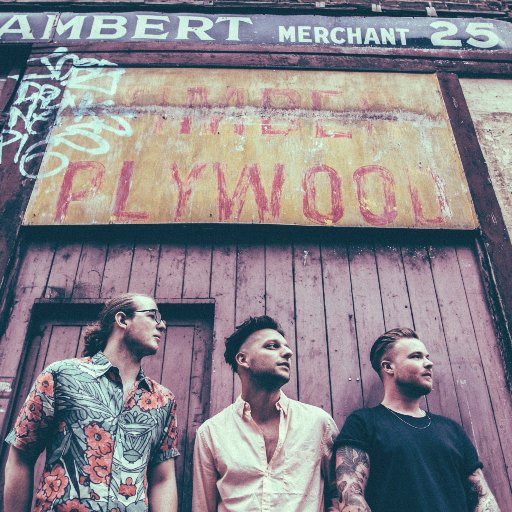 Indie trio Glass Peaks have just released their mesmerising sophomore single Hold Me Closer. With a sound described as “melancholic alt-pop” the Kent band are most definitely ones to watch.

Hold Me Closer opens with a tantalisingly bassy synth and electronic notes that almost bubble below the surface. The vocals are deep and brooding, lending a dark atmosphere to the track until the bridge kicks in. The reverberating guitars dance brilliantly alongside the speedy drum beats and electronic elements. The track is a polished coming-together of indie and alt-rock, all tied up in a neat package with a vocal that flits between heavy and delicate. A strong portion of the track plays out as instrumental which further highlights the complexity in the production and how all the different elements bounce so perfectly off each other. A throbbing beat comes to the fore as the harmonies distort and warp with the beat before signing off with a final flourish.

Previous single I’m Okay followed in a similar vein with processed beats, addictive guitar riffs and punchy vocals coupled with Friendly Fires-esque haunting synths and hit the Spotify Indie List for 4 weeks. There’s a similarity to be found between Glass Peaks and alt heavyweights White Lies and Foals with their complex electronic sound and distorted beats. The trio have three sold out London shows under their belt and have supported household names such as White Lies, Maximo Park and The Amazons so are most definitely on the ascent.

Glass Peaks have found their calling in bringing “melancholic alt-pop” to the masses and I for one can’t wait to see what their next move is.

Hold Me Closer is out now. Have a listen to the track below and be sure to catch them at their next London headline show at The Water Rats on 2nd December. Find out more about Glass Peaks here.