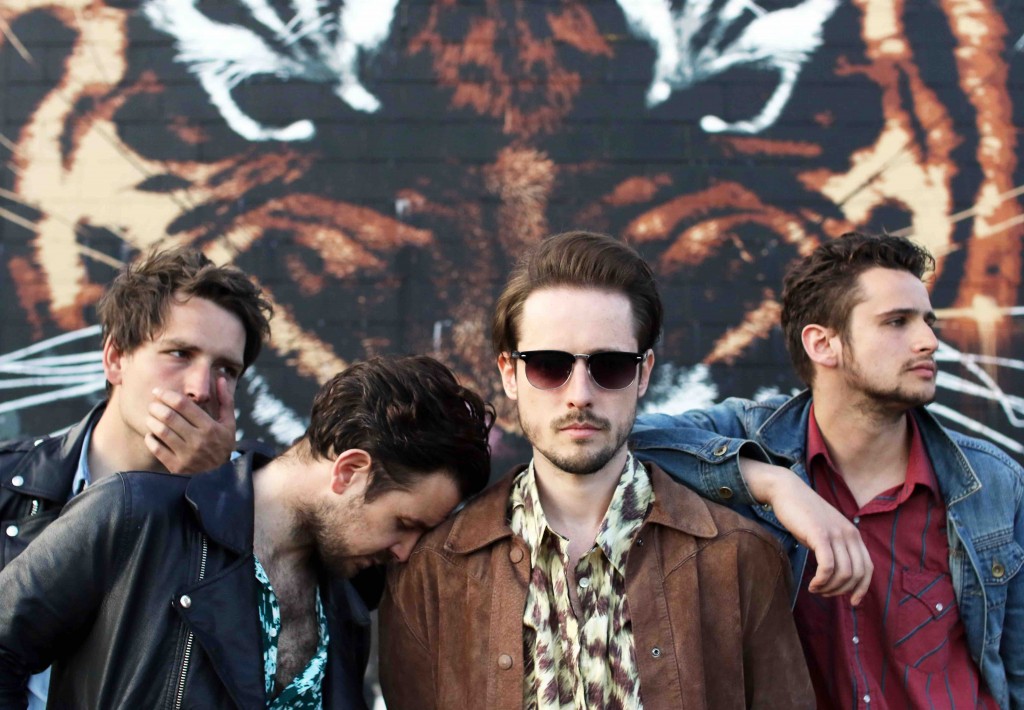 GANGS new single Thieves is an abrasive rock & roll anthem incorporating an abundance of attitude and brass that is akin to The Stooges American garage rock style, whilst merging with the likes of Slaves moody modern punk rock swagger that is more relatable to today’s audience.

GANGS were formed in 2016 when Steven Young (vocals, guitar), Stevie McLaren (guitar), Marc MacCallum (bass, vocals) and Stephen Forbes (drums) came together through their mutual love of all things rock & roll. Their new single ‘Thieves’ expresses the band’s need to stay true to what they believe in, rather than making music that is perceived to be popular. Steven Young’s vocal performance on ‘Thieves’ certainly portrays the punk attitude reminiscent to that of Iggy Pop, driving the song with chants and sluggish growls that add to an already explosive chorus. The menacing beat and powerful, gritty guitars create a hostile atmosphere, perfect for GANGS to embrace their punk rock attitude with music to back it. Although ‘Thieves’ catches your attention almost immediately, it would be interesting to see what the band can conjure up next and whether there will be any distinction from track to track.

‘Thieves’ is just the beginning for the Scottish four piece GANGS and I’m sure it won’t be the end for this anthemic band.

Thieves by GANGS is out now via Smooth Action Records.