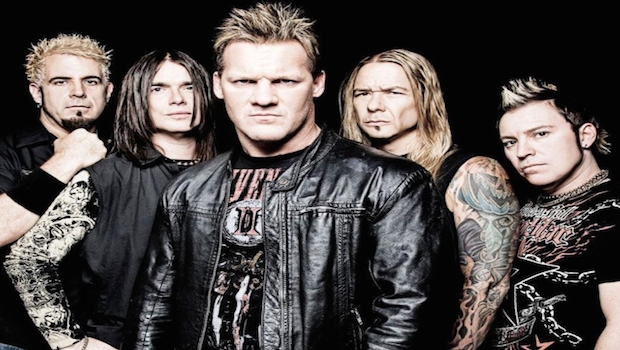 ‘Lights Go Out’ is the latest release from metal band Fozzy, and represents a new side of the group which will be explored in their upcoming album.

Fozzy are probably best known as the band fronted by former professional wrestler and bestselling author, Chris Jericho. When he decided to trade in his ring gear for a microphone, nobody realized just how far his band would go. Following the release of “Sin and Bones”, the band’s most successful album to date, and a truckload of tours with fellow metal bands including Saxon and Steel Panther, Fozzy have released their newest single, ‘Lights Go Out’.

‘Lights Go Out’ sees the band take their music to a whole new level. Jericho seems to grow more and more comfortable in his role as a lead vocalist with each year, and this song showcases that perfectly. Rich Ward compliments this with the guitar work that fans have grown to love him for, this time bringing forth a riff loaded with so much energy, fans will have a tough time sitting still!

The song shows us a new side of Fozzy, which could arguably be described as sounding more “hard-rock” than “heavy metal”. This is not necessarily a bad thing, as they pull off the sound extremely well! This song will definitely make for a great staple in the band’s live sets.

Fozzy are known for their incredible energy, both on stage and in studio. ‘Lights Go Out’, if anything, is a step up in the energy department. I think Jericho says it best –  “it doesn’t matter if you dance to it in a club or mosh to it in a pit, ‘Lights Go Out’ will make you move!”

Look out for Fozzy’s upcoming album, “Do You Wanna Start A War”, which is set for release in June 2014.