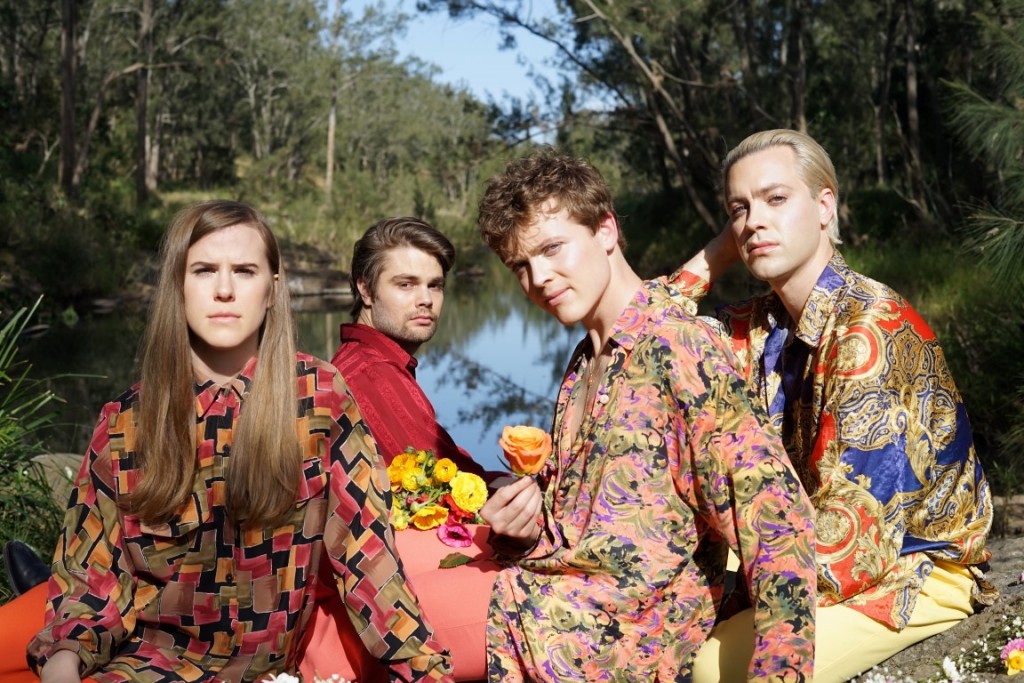 Australian alt-pop quartet Cub Sport have released their new single Chasin’. The single is the second track to be taken from their recently released second album BATS and draws on the musical highlights of their debut album This Is Our Vice.

Chasin’ is stripped back with a dreamlike quality allowing the rawness of the lyrics to shine through. Tim Nelson’s crisp vocal gains an ethereal quality when coupled with the smooth, enchanting synths, needing no other accompaniment. The track opens with the ode “I don’t even know what I want out of life, what I’m chasing”, moving on to question what love is and what lengths we should go to in pursuit of it. After the progressive build-up the electronic beat kicks in with a slightly off-kilter edge that frames Tim’s vocal beautifully.

The track was written by frontman Tim after a long trip overseas when he realised he was in love with bandmate Sam. Of that time Tim says “It was equal parts exciting and distressing. I’d hardly come out to myself and the idea of coming out to anyone else was terrifying. I feel like Chasin’ tied together all of the feelings I had during this time.”

The accompanying video is equally artfully honed with minimalism at its heart. Traditional masculine gender roles have been turned on their head with the band portraying a soft, fluid side to their nature. The main themes of florals, gentle dusk light and the beauty of nature come together cleanly and effortlessly. It’s a subtle and understated backdrop that compliments the dreamlike qualities of the track.

Cub Sport’s sound combines joyful hints of 80s electronica (I Can’t Save You), edgy electronic beats (Stay) and wild synthesizers (Told You So) so Chasin’ is a refreshingly lo-fi addition to their evolving repertoire.

Have a listen to Chasin’ and its inspiring accompanying video below. Find out more about Cub Sport here. Their new album BATS is out now.