Single Review: Christina Martin – Take Me Back In A Dream 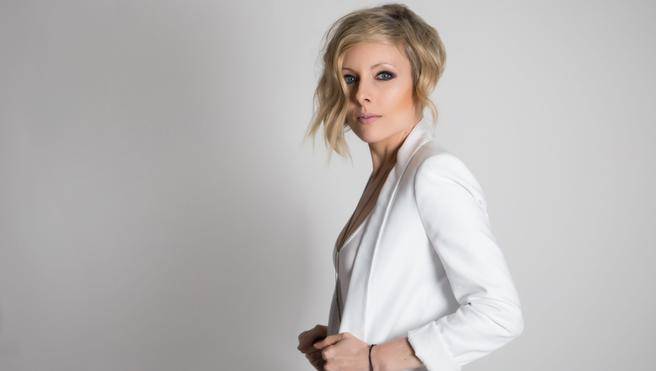 Acclaimed Canadian musician Christina Martin released her fifth album I’ll Be Alright earlier this year and ‘Take Me Back In A Dream‘ is the record’s captivating new single that deserves a place at the top of your need-to-listen list!

‘Take Me Back In A Dream‘ opens with a punchy baseline reminiscent of a heartbeat. Christina’s voice is ethereal and angelic, but with a slight catch which gives it an imperfect edge. The track itself soars but doesn’t compete with Christina’s voice. The strong beat, infused with mesmerising synths is stripped back and minimal, allowing Christina’s voice to take centre stage. The gentle introduction of guitars bring a new dimension to the track: fading riffs and lingering echoes with layers of backing vocals and sweeping, recurring notes. When all these elements are combined we’re left with a track that’s unique in its composition, and has an otherworldly air about it. ‘Take Me Back In A Dream‘ is simultaneously gripping and chilled, and maintains a dreamlike presence throughout. Christina noted that she incorporated a Hindu mantra into the track, further highlighting the spiritual and dainty qualities of the song. This chant “has got me through tough times.. and is dedicated to Lord Ganesha, remover of obstacles.”

The cinematography of the video further strengthens the spiritual qualities of the track. Christina takes part in an expressive form of dance, emphasising the lyrics via a whole new means of illustration. The dance is fluid and graceful, but also depicts strength and resilience. The video appears to have partially been shot backwards — reminiscent of videos like Coldplay’s ‘The Scientist‘ — owing to the jagged edges on display and sharp, imperfect movements. Various points have been sped up or slowed down which adds to the dreamlike quality of the song.

“When all these elements are combined we’re left with a track that’s unique in its composition, and has an otherworldly air about it”

Born in Florida and raised in Canada’s Maritimes, Christina Martin has gained quite a following in Europe since her first release back in 2002. She has earned multiple East Coast and Music Nova Scotia Award nominations, had songs placed in television soundtracks, and even performed for Queen Elizabeth II in Ottawa.

Her It’ll Be Alright tour has taken her to Germany, France, Canada, Swizerland, Austria, the Netherlands and the UK, and she’ll revisit the UK on tour in March 2016 playing in London, Edinburgh, Bristol, Halifax and more. Her live shows have been described as “unforgettable,” so catch her while you can!

Check out more about Christina here and listen to the mesmerising Take Me Back In A Dream below which is available to buy from iTunes now.