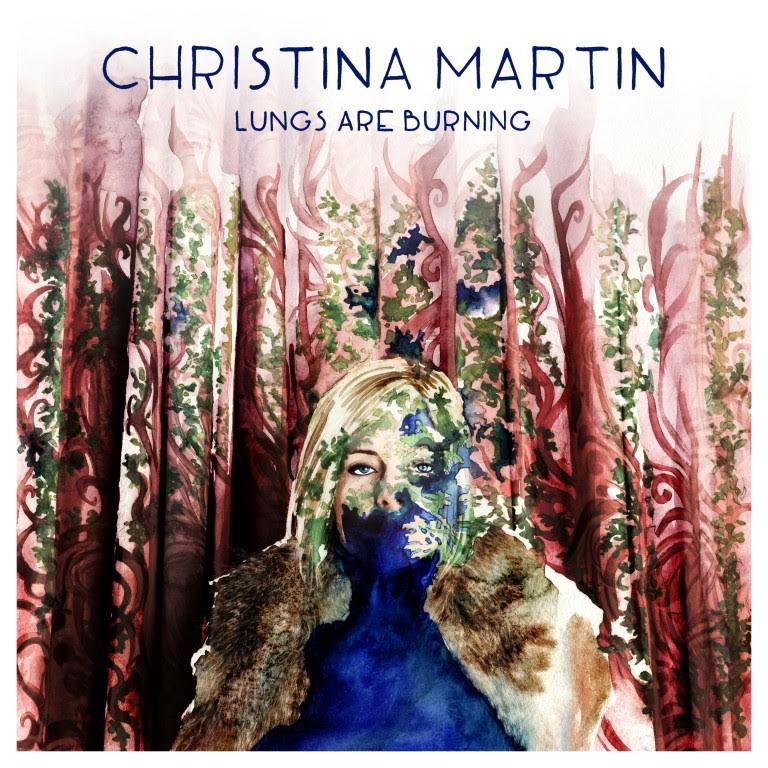 Canadian singer-songwriter Christina Martin is back as she returns with her new single Lungs Are Burning. The new track is taken from her forthcoming 6th album which will be her first since 2015’s It’ll Be Alright. Christina’s sound is an amiable blend of alt-country infused with pop and Americana elements. She’s developed a strong fanbase in Canada and a growing one in Europe following her extensive European tours.

Lungs Are Burning is an atmospheric track which combines echoing beats with beautifully resonating guitars. The track was written in response to the rising Fentanyl drug crisis which is affecting thousands in Canada which gives it even more potency. Similarities can be drawn between Lungs Are Burning and the sound of Norwegian singer Suzanne Sundfør with the organ-style keys and Christina’s reverberating falsetto. The guitars lend a slice of Americana and the barely-there keys provide an understated backdrop to Christina’s vocals. It’s towards the end when Christina’s voice comes into its own and she demonstrates her honed high notes. The drums are taken up a gear, lending even more power to Christina’s vocals. Speaking about Lungs Are Burning Christina noted “The song is a modest attempt to bring light to the heavy topic of addition and reflects my own personal sense of loss, longing and a deep void, and the ache I feel from losing my brother and friends to addiction and mental illness.” It’s a moving track with which many people may feel a personal connection.

Christina Martin has been touring and recording since 2008 in her native Canada as well as overseas and beyond. She has earned multiple Music Nova Scotia and East Coast Music Awards, her songs have been featured in films and television series and she’s performed at festivals around the globe such as Rolling Stone Weekender Festival and Belfast Nashville Songwriters Festival.

Find out more about Christina here and have a listen to Lungs Are Burning below.

She’s currently in the midst of a UK tour so if you like what you hear be sure to catch her at one of these shows: