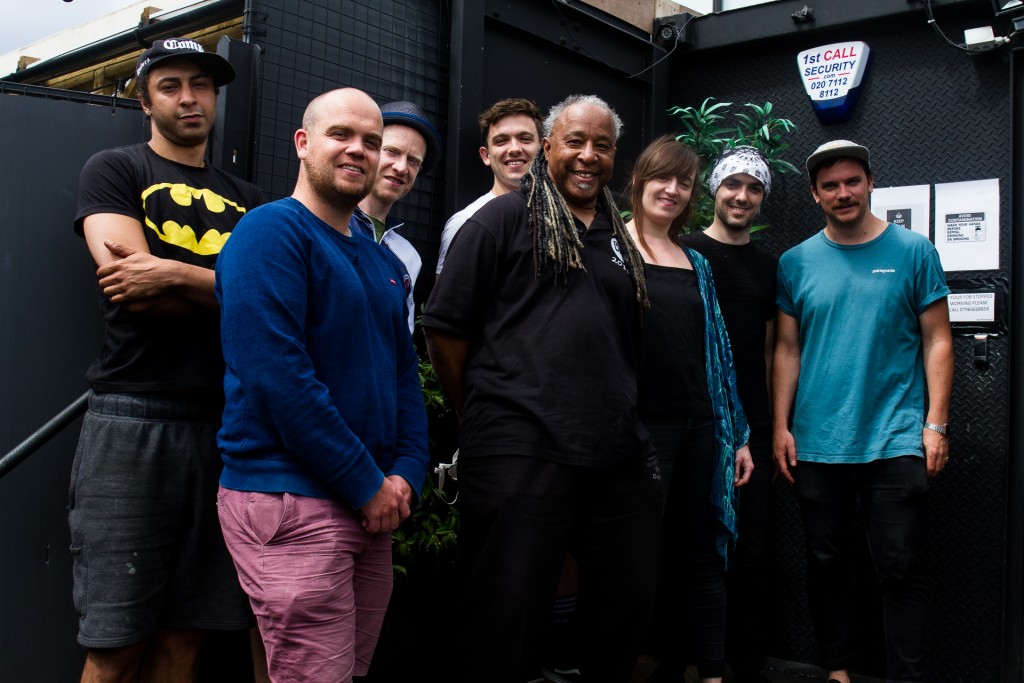 Right from the off Speaking in Tongues is a fiery blend of Afro beats and tropical soul that grabs you within its sunshiney embrace. The plucky guitars and thumping hand drums are uplifting and evoke a Caribbean vibe. Lead singer Fiona’s vocal is smooth and effortless, lending even more sweetness to the track’s tropical punch. The chorus of “You’re speaking in tongues, I can’t understand a sound. You’re speaking in tongues, oh that’s what you do” becomes a mantra as the song progresses, firmly wedging itself in your head. The trumpets add a further playful layer to the buoyant spirit of the track and I can imagine it really getting the party started in a live setting.

When speaking of the track the band said, “Lyrically, it’s about what happens when relationships and trust – both personal and political – break down. Gregg suggested the chorus line, using speaking in tongues as a metaphor for talking at cross purposes. It conjured up images of individuals with entrenched, religiously-held views shouting at each other. That felt like a pretty good way to describe not just a break-up, but also the way the UK’s been led in recent years.”

The political side to the track is also evident in the accompanying video which has been made in the style of an 8-Bit video game and is a must-watch. It features Edward Colston, Boris Johnson and Donald Trump as needing to be defeated in order to reach the next level in the game. The band described the idea behind the video: “The track was written towards the end of last year, when it felt like the UK was descending into a full-blown culture war over Brexit. The lyrics are laced with references to the English Civil War, another period in the country’s history where you had these massively polarising debates about parliamentary sovereignty, and the exercise of power by unaccountable leaders. The outrage that was sparked when a statue of a literal slave-trader was taken down in Bristol was mind-blowing. And then, looking across the Atlantic, it’s hard to ignore the parallels with what’s going on there. So that’s where we got the idea for our three ‘end of level bosses’ who are Edward Colston, Boris Johnson and Donald Trump. We liked the idea of doing it as an 8-Bit platform game, with us throwing pineapples, because it felt like another good way of poking fun at these puffed-up ego-maniacs.”

Cable Street Collective released their first EP in 2014, followed by their second, Where Now From Here?, in 2018 which received radio play on BBC Radio 6 Music, Radio X and Amazing Radio. The band have been steadily building up a fanbase and a reputation as a top live band ever since, playing at Glastonbury, Boomtown and Bestival amongst many others. Until live music is able to return, Speaking in Tongues is the uplifting ray of sunshine we all need.