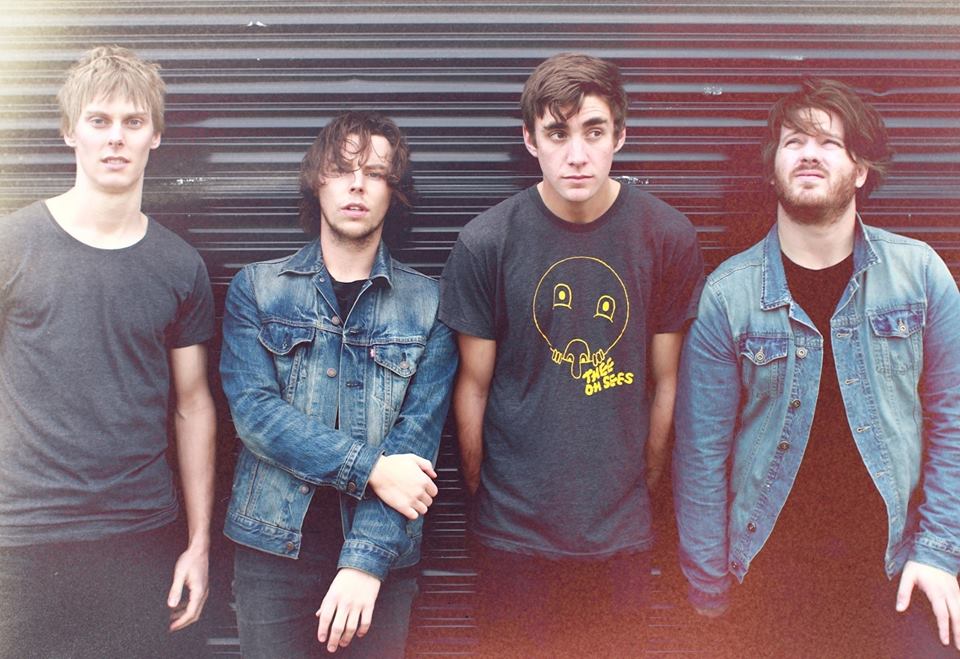 A short while ago, US Garage-rock outfit The Singles posted a damn good record through our doors. It harked back to the garage scene pomp of the 60’s. It’s a shame we thought, that in recent times, media have tended to shove garage rock into the indie-pop bracket, and thus we don’t hear enough about the garage rock revival as much as we should. Have you heard Franz Ferdinand or The Libertines being labelled garage bands? Well..they are.

Not only did Garage Rock explode in the United States, the 60’s saw a tide of Australian Garage bands surface, such as The Creatures and The Missing Links. And now, Fortitude are proud to present the latest track, Pull The Trigger, from the hottest new Garage-Rock band from Melbourne, Apes. The group got Australia’s attention through Triple J’s ‘Unearthed’ back in 2012 and haven’t looked back since.

Apes released the track following an Australian tour with Band Of Skulls in June. Produced by Michael Belsar of fellow Melbournian’s Hunting Grounds and mixed by Bill Skibbe (The Black Keys, Wild Belle, The Kills, The Dead Weather etc) the aggressive vocals of Ben Dowd on the chorus just scream out garage, while the memorable riffs add a sprinkling of British indie into the mixer.

For a very young band, recent video premiere’s on Rolling Stone Mag and Gigwise and plays by Zane Lowe on BBC Radio 1 are both testament to the likability of Pull The Trigger, and the switched-on team behind them. Hopefully they can make an appearance in the UK shortly – would be daft not to on this showing.

The hazy aura around the whole track is plain addictive and we certainly recommend you checking it out, below.

Watch the official video for Pull The Trigger by Apes below.