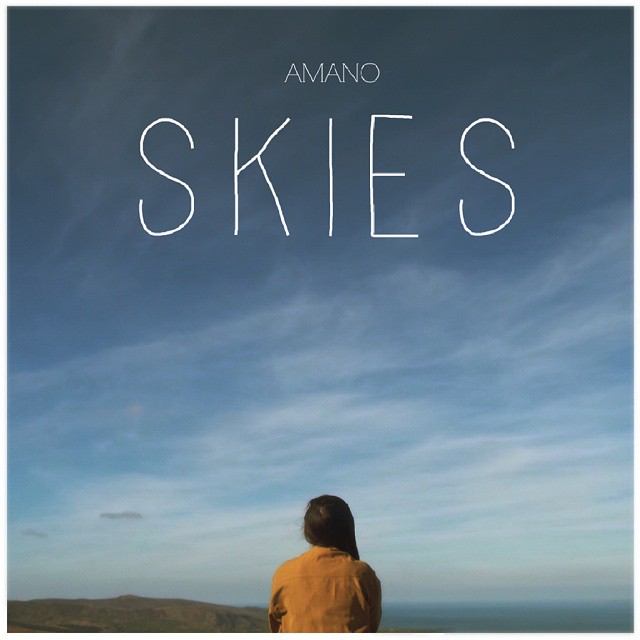 Amano has been building on a respectable fan base on YouTube due to incredible covers including songs by Ed Sheeran, The Coronas, Justin Timberlake and Kodaline. With around 2,000 subscribers over the past 4 years, it’s been a slow yet steady growth for the Killarney songwriter. With this sort of talent, it was only a matter of time before Amano looked to grow beyond YouTube videos. Enter ‘Skies’.

‘Skies’ is Amano’s debut single, released on the 24th April. The simple guitar introduction could be described best as dreamy, and is complimented beautifully by Amano’s naturally graceful and stunning voice. The subtle instrumentation that haunts the backdrop of the song make for the perfect accompaniment to the whimsical and wonderful lyrics.

As the song progresses, small, discrete changes are made to the music – but not enough to change, or even ruin, the vibe of the track. By the final chorus, we can hear a full drum kit, gorgeous harmonies and a piano piece that expands on the introduction we heard from the acoustic guitar.

‘Skies‘ is an incredible introduction for anyone new to Amano’s original music. The song shows us her style which holds a unique tint without being too alienating to the casual music listener. Amano is definitely on the right path to big things, and we can’t wait to see what other offerings she has for us this year.

Check out the stunning music video for ‘Skies’ below: