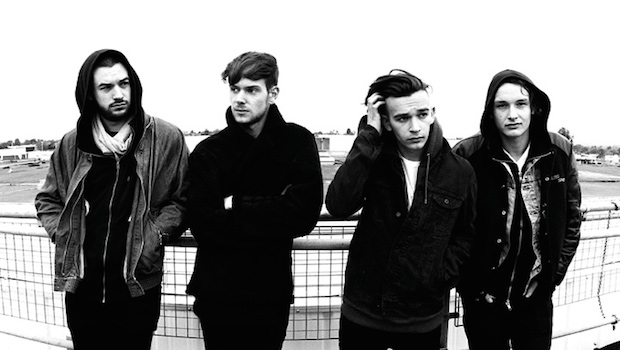 One of the most rapid breakthrough bands on the scene for the past few years, The 1975 captured masses of success at the beginning of 2014 alone with three sold out shows at Brixton Academy as well as a recent sold out show in Royal Albert Hall.

Having recently announced their next single as ‘Robbers’, the track is set for release on May 26th and is a Fortitude stand out track of their entire début album.

One of their more mellow creations, the track holds the same power-filled Indie vibe but on a more lenient, melodic basis.  The same 1975-patterned vocals and synth resonating electrics soar through the track, keeping their distinctive traits alive.

The band’s self-titled début album essentially screams youth appreciation and love across all spectrums, and according to frontman Matt Healy, ‘Robbers’ is about “a heist that goes wrong”.

“I got really obsessed with the idea behind Patricia Arquette’s character in True Romance when I was about eighteen. That craving for the bad boy in that film it’s so sexualised. It was something I was obsessed with. ‘Robbers’ is about a heist that goes wrong – I suppose you can read it as a metaphor – and a girl who’s obsessed with her professional killer boyfriend. It’s a romantic ideal.”

Check out the Official Music Video for ‘Robbers‘ below:

‘Robbers’ is released on May 26th via Dirty Hit/Polydor Records.