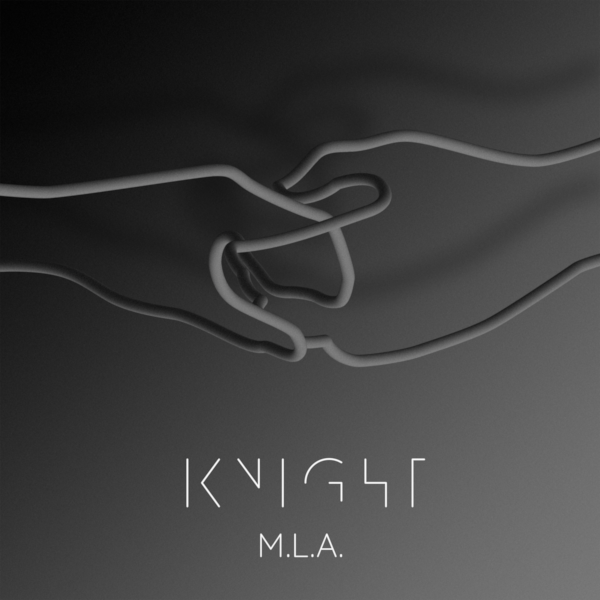 We’re very excited to premiere the debut single of London’s own KNIGHT. The first of many releases to come, ‘M.L.A.’ introduces us to KNIGHT’s signature style and leaves us wanting more.

‘M.L.A.’ (or, Making Love Affair), is a song that KNIGHT describes as being “about the chaos that comes with unwanted feelings and the way that many of us refuse to acknowledge them until it’s too late.”

Describing his song as “chaos” is almost fitting, considering KNIGHT’s music is seemingly the welcomed kind of it. Blending multiple genres together, mixing his influences and penning meaningful lyrics on top of melodic grooves, KNIGHT is able to formulate a unique sound that’s bound to set him apart, while also remaining comfortably familiar to new listeners.

KNIGHTS continues to build momentum as he headlined a sellout show at the Notting Hill Arts Club and went on to perform for AirBNB Presents, the release of ‘M.L.A.’ will hopefully catapult him to new heights again, as we eagerly await his next move.

If you’re reading this on the single’s release day, why not take a trip over to Subdivision at The Wellington Club in London for KNIGHT’s official single launch performance? Details below.

This Friday live @thewellingtonclub for our July Showcase @knightmusic single launch! Combining soulful melodies with emotive lyricism, KNIGHT returns to subdivision for his debut single launch. Having put on, headlined and sold out a show at Notting Hill Arts Club, to most recently playing AirBnB Presents series, KNIGHT is planning a number of different shows and releases throughout 2019, with no sign of losing momentum. Full details, links and dinner/table reservations on our fb event! Music starts at 9pm, dinner at 7pm and we go until 3am with the afterparty #membersonly #musicphotography #musiclife #singer #singer-songwriter #theshowcase #livemusic #musicevent #performer #fashion #artist #musicindustry #musicblogger #musicblogger #subdivision #design #artwork #livegig #musiclegends #musicfestival #songwriter #thewelly #thewellington