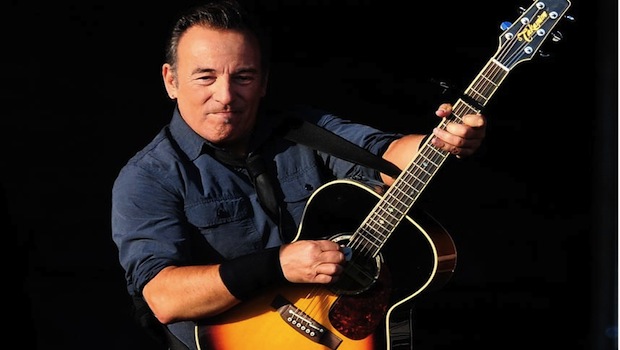 Rutgers, The State University of New Jersey, has made it into the press this week with plans to offer students a ‘Bruce Springsteen Theology’ course.

”This seminar offers a theologically oriented approach to Bruce Springsteen’s lyrics. We will focus on Springsteen’s reinterpretation of biblical motifs, the possibility of redemption by earthly means (women, cars, music), and his interweaving of secular and sacred elements. Springsteen’s work will also be situated within the broader poetic tradition that casts the writer as a religious figure whose message does not effect transcendent salvation, but rather, transforms earthly reality.” Says Azzan Yadin-Israel, a Jewish studies academe at Rutgers.

Of course, undergraduates everywhere with a passion for rock and roll will be jumping out of their Wincklepicker’s faster than a Jason Becker guitar solo at the chance of spending their college days admiring and appreciating The Boss’s every line – in-case they didn’t already spend their entire summer dwelling over every word, riff and lick pronounced on album ‘Born To Run’.

Rutgers, however, is not the first university to offer an academic approach to rock and roll appreciation. After further research, it became clear that students with a desire to infuse their infatuation for rhythm and rhyme, be-bop and old-rock, neo-soul and rock and roll, would not have to travel their way down the New Jersey Turnpike, through the Garden State and past the Raritan River as many of Academic Affairs also offer further musical studies.

Take for example, Binghamton, State University Of New York. Binghamton offers their student degree’s in the studies of ‘Jazz In American Music’, ‘Pop,Rock & Soul Musics’ and ‘Beethoven: The Man And His Music’, all proclaiming an in-depth exploration of the historical context and collect influence and effects of said musicians, genres and themes.

Or perhaps, Cardiff University, specializing in a level 1 course on the ‘Exploration Of 1960’s Rock And Pop Music’ where students become familiar with the formation of the 1957-1962 Rock and roll phenomenon and introduction of the British Invasion, going through the years of rock, one by one and ending the syllabus with studies on legacy the Beatles left behind.

Topping the list of Universities with a regard for rock and roll theology, one of the most prestigious colleges in the realm of music theory, Indiana Universities ‘Jacobs School Of Music’. Jacobs has offered Rock and Pop related coursed since 1982 and the extent of their musical expeditions is on such a vast scale that any self respecting music historian would be sent into a delirium of decisions at the though of choosing just one.
‘History of Rock Music: Roots of Rock to British Invasion’, ‘History Of The Blues’, ‘The Music Of Frank Zappa’, ‘The Music Of Bob Dylan’ and even over-seas studies on ‘The Beatles In London’ are just some of the majors which graduate can submerge their spirit into and digest.
For aspiring music apostle’s across the globe looking to thrill their parents with the news that they will be furthering their education with the studies of Rock And Roll, link of details on how to apply to mentioned colleges are as follows.