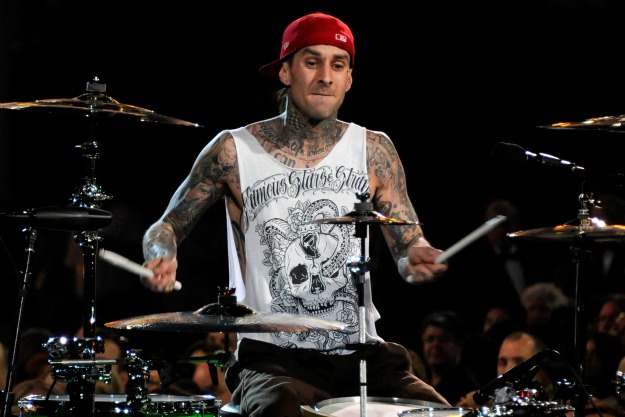 Travis Barker has dropped out of an upcoming tour of Australia with his Blink-182 bandmates, admitting that he is still unable to fly following a near fatal crash in 2008.

The crash, which killed four people, happened five years ago and has left Barker unable to fly ever since. Blink-182 have performed outside the USA since with the drummer travelling by sea to different countries and continents. However, with a run of shows in Australia coming up and no way of travelling to the country by boat or car, Barker has been forced to pull out of the shows.

Barker posted online to fans to clarify his difficult decision;

“I’m sorry to announce i won’t be joining Blink-182 on this Australian tour. I still haven’t gotten over the horrific events that took place the last time I flew when my plane crashed and four people were killed, two being my best friends. I gave the band my blessing to take another drummer if they still wanted to do the tour without me. I hope to come to Australia again some day perhaps by ship if need be. Unfortunately, there wasn’t a boat that worked with the schedule this time around. Once again I’m sorry to all the fans.”