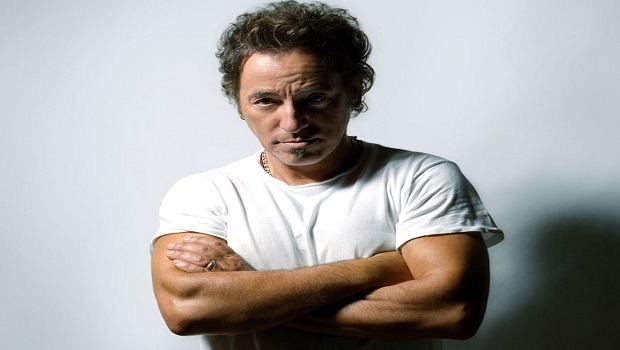 ” Wrapped up like a douche, another runner in the night”- The often misheard lyrics from Bruce Springsteen’s 1973 record, ‘Blinded By The Light‘. A mistake that was made light of by England’s progressive blues rockers of Manfred Mann’s Earth Band when they covered the number…

Manfred Mann’s Earth Bands were the cats that scored the golden hit with this little diddly, leaving The Boss’s original to fall flat in the face of an unpredictable formation back in the early 70’s. Though, rock and roll historians everywhere, it should be noted that not being rewarded with endless radio play and number 1 chart places does not mean that this track was in anyway insignificant.

Released 40 years ago, ‘Blinded By The Light‘ was the first meeting that Bruce and The Boys had with his generation, the first handshake that took place between one man, his band and the hearts of the hopeful and the hopeless, for ‘Blinded By The Light‘ was the first track of Bruce’s first album, ‘Greetings From Asbury Park, NJ’ – and what a greeting it was… No, this was not your typical, awkward “Hello, how are you”, not your average lonesome wanderer declaring his name to a foreign crowd from the dark side of a bar, No. This was an introduction of unimaginable power, a thundering launch of passion and sheer intensity that would represent The Band for years to come. ‘Blinded By The Light‘ was your John Wayne, your James Dean, your Marlon Brando, all rolled into one, strolling it’s-self into the baddest, most reckless, whiskey-joint in town, carelessly screaming ”Get ready Boys! Here the fuck i am!”

‘Blinded By The Light’ was one of those all-or-nothing throw outs that was almost not meant to make it onto the album. After completing ‘Greetings..”, Columbia records, who was representing The Boss at the time, felt as though the song lacked a meaty substance and insisted that Bruce go back to come up with a hit to sell the record, ‘Blinded By The Light‘ and ‘Spirit In The Night‘ were Springsteen’s response.

Although, Bruce was not able to obtain a hit with this album across the Atlantic ocean and upon the English grounds, the songs certainly stood the test of time among dedicated fans who still request to hear these old classics are The Boss’ latest gigs.

Bruce was quickly dubbed as ”The New Dylan‘‘ – and yes, of-course, the real Bob Dylan was still alive and well as he always is every-time a new Dylan has to hit the music scene – But, it was songs like ‘Blinded By The Light‘ that justified that ‘Ball and Chain’ that Bruce had to carry around. Springsteen has recalled that when writing the track, he lost his mind in rhyming books, trying to purposely come up with a intriguingly verbose number, a style often used by Mr.Dylan.