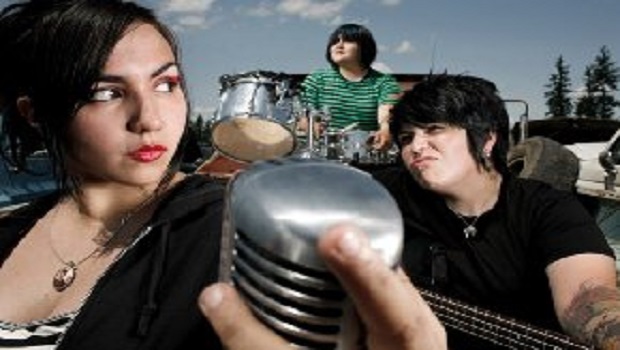 Today, April 16th, The University of Limerick, Ireland, hosted a one day RIOT GRRRL symposium to celebrate and show appreciation of the female members of rock music as a genre.

Put together by the Department of Sociology in the University, and ran in the best possible light and method by the Head of the Department, Eoin Devereux; this event set out to reflect some lacking attention on some female figures across a widely misconceptualised “male” genre.

With many activities taking place at the event, San Antonio band Girl In A Coma, who’ve previously toured with the likes of Morissey, came out in full force for the event, with a public interview, as well as playing their debut Irish gig in Dolans Warehouse tonight as part of the event.

A truly special, yet remarkable, idea on an exceptionally accommodating and student-friendly campus, which hopefully shed a bright light on the music scene and made a highly credited name for Girl In A Coma, who, I’ve no doubt, put on an incredible show. As Eoin Devereux quite proudly put it, “The Department of Sociology at the University of Limerick has pioneered the way in Ireland for the analysis of popular music and media”.