Started in 2003 as a two-day event, Download festival has been one of the UK’s biggest Rock festivals since its inception.

Download in this decade is described on their website as; “A mammoth 5 day rock event, based at the spiritual home of rock – Donington Park.”

It sure as hell is. The festival started as a follow up for ‘Monsters of Rock’; which was a world famous; record breaking; Hard Rock/Metal festival that has been head-banging since the 80s. Download now is the 21st century follow up to Monsters of Rock.

I am taking the Download story for Fortitude Magazine this year. As a Download festival-goer for the past 5 years this is something I have been looking forward to. I will be doing updates every month and will do some specials when possible leading up to the festival. I will give you a bit more of a personal touch (as a big fan) that the Download website might not be able to produce so keep your eyes open.

The festival won the award for ‘Best Line-Up’ at the Festival Awards for their 2012 festival. This provided headline sets from the Prodigy (Friday), Metallica (Saturday) and Black Sabbath (Sunday). I personally loved 2012 and to see Black Sabbath playing on stage was phenomenal and to be honest most of the gig felt like some sort of dream, and out of body experience to which I was seeing all sorts of colours and pictures in my mind. Influence had nothing to do with it! I barely looked around at the people beside me, I barely said a word. Black Sabbath blew me away.

Having big ‘come-back’ headliners has been a bit of a theme in the past few years with Download festival. They have had comeback shows for bands on hiatus (or bands that had split up) such as Aerosmith, Rage Against the Machine, Soundgarden, and did I mention Black Sabbath?

This years Download festival will be on the 14-16th of June. If you decide to go for the 5 days obviously it will begin on the 12th of June. I have just realised though that this means I will be heading home from the festival smelling badly, having dirty clothes, and recovering from a lot of drinking on my Birthday. That’s right the 17th of June (so if you remember please wish me a Happy Birthday I will need a pick up). I personally would suggest giving the full 5 days a go because unlike some other festivals Download provides a lot. Previous years I remember watching Madame Pain’s Boudoir Circus which was completely amazing and beautiful, gothic, and slightly macabre. It also has a football tournament with guesstimated size football pitch (as long as the weather holds) which I can remember lots of occasions of big crowds possibly over one hundred people cheering on some total hopeless sportsmen putting on team kits and thinking it is the World Cup. Plus not to mention lots of comedians, an outdoor cinema, and DJs until late with an anyone can apply Rockaoke. I feel I am missing out a lot but I will explain more in future updates.

This years line up boasts headliners; Slipknot (Friday), Iron Maiden (Saturday), and Rammstein (Sunday), with support from Bullet for my Valentine, Queens of the Stone Age and Thirty Second to Mars how can this festival be missed?

Other bands playing this year that are stand-out for me that have been released up to now are ; Motorhead, Korn, Mastodon, Enter Shikari, Stone Sour, Limp Bizkit, UFO, and the Cancer Bats. Next month I will talk about my must see acts of the festival and when the final lineup is release I will provide a day-by-day Must-See guide. 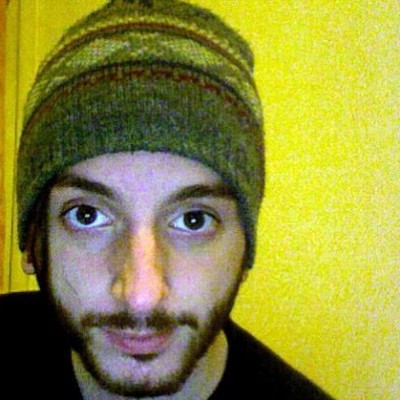