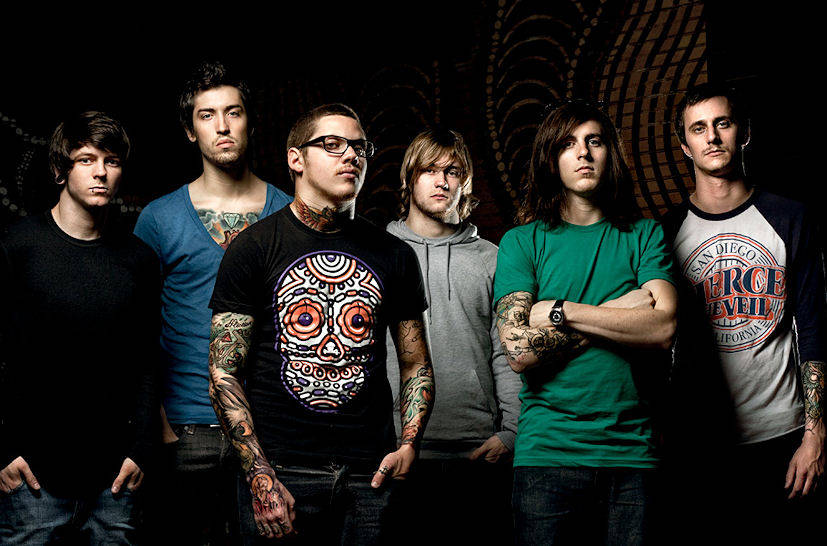 Deeply-rooted as one of the most potent and powerful bands in modern American metal, The Devil Wears Prada will release their as-yet-untitled new LP, executive produced by Adam Dutkiewicz of Killswitch Engage, with producer/engineer Matt Goldman, in the fall of 2013 on Roadrunner Records.

Mike Hranica, front man of the band said, “we’ve put so much time into the new songs already, and we’re really happy where things are sitting. I think with Roadrunner in the picture, its only more encouraging as far as compiling a record that we can be proud of and a record that exists well as ‘Dead Throne’s’ successor”.

The Devil Wears Prada is heralding the announcement with a nationwide co-headline trek in the USA with As I Lay Dying. The highly anticipated run gets underway February 22 at Ventura, California’s majestic Ventura Theatre Half House and then continues through early April. The band will follow their North American dates with European festivals over the summer with their only UK date being Ghostfest on June 30.

Furthermore, Mike Hranica has released his brand new book, ‘One & A Half Hearts’, a collection of inspirations behind the group’s breakout record ‘Dead Throne’. ‘One & A Half Hearts’ looks back on the creation of ‘Dead Throne’ with an in depth exploration of its lyrical context. Copies of the book are available at www.mikehranica.com and www.twpastore.com and will also be available on tour.

The band’s 2011 breakthrough ‘Dead Throne’ debuted at #10 on the Billboard Top 200 and cemented the group as one of the most electrifying acts in modern metal. An incendiary live force, the band has proven relentless road warriors. In addition to countless headline dates and festival sets, recent highlights include spending summer 2012 alongside Slipknot, Slayer, Anthrax, and the one and only Motorhead on the all-star Rockstar Energy Drink Mayhem Festival.