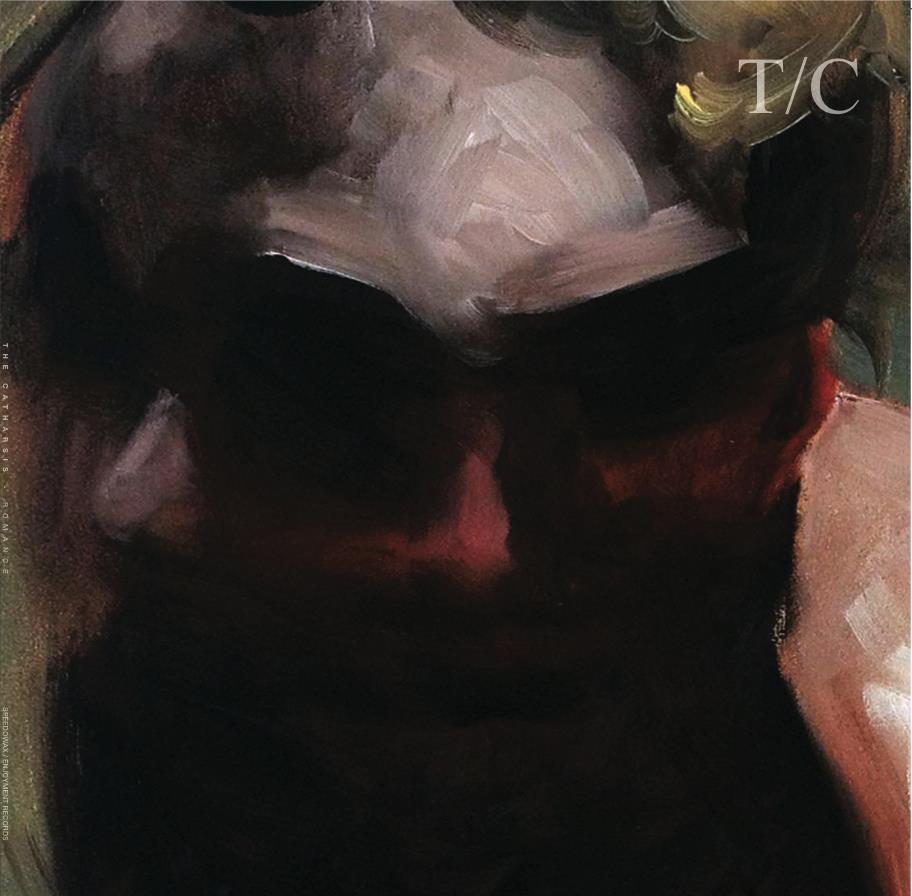 Seething with vein-popping fury, The Catharsis have returned. Stepping up from their earlier recordings, Bitter Seeds and God Damned, Romance opens its gates unapologetically. The Birmingham quintet are being hailed as monsters in the hardcore world, their first releases being met with some fanfare.

From earlier tracks like -+ and Deletist, the spectre of blackened warriors Cursed and, to a lesser extent, lost terrors Drowningman, loomed large over their previous proceedings. Romance sees the band’s entire approach being sent down the gym, returning more as  focussed prize fighter than wild-eyed brawler. Older live footage(Empty Lungs especially) indicates the lightest touches of hesitancy. These are banished, and the band are now so confident as to be almost intimidating.

The dynamics have blossomed to give the songs real rise and fall, the production taut but supple. Guitars like falling bricks are complimented by a bass sound made from rusted cart springs, and the band play as if using their instruments to combat time itself. It’s hard to accurately chronicle the events that have left vocalist Morgan so destitute as to be voicing his unease through such a vitriolic performance, but from his lyrical diatribes one would surmise that much has befallen him.

Tracks like the coruscating Dead Man Talking and the heartless battery of Amour detail a man with concerns of the heart; indeed the whole album resonates with such outright aggression to the L word it is hard to imagine there being a single shaft of light in The Catharsis’ rehearsal space. The final moments of Styx, which seems to deal with both abject loneliness and the loss of loved ones, casts the pale glow of sorrow across the whole album. Stripped of his trademark venom, the singer is utterly fragile, and far from being on the verge of tears, sounds genuinely at a loss in handling the monstrosity of the song’s story.

Recent video/single O’ Recluse shows the band giving it plenty in a warehouse somewhere, as is the way, but like a pleasing number of hardcore-indebted bands these days, there is an abandon which, through its transparency, allows the listener and viewer to see more deeply into the life of the narrator. Seeing a young man trying to physically wrench anger and sadness from himself by vocal means can be, at times, a disquieting experience, as it should be. In this The Catharsis acquit themselves with success-every note, every word is conveyed as it was meant to be, even the feedback feels like it can barely contain its rage.

In Romance, The Catharsis have birthed a record devoid of joy or positivity. No track outstays its welcome, and the genuinely physical aggression contained within is put into stark context by the addition of the wounding clean sections. Excellent, and as an added bonus, Spirit Lifter shows that a riff which was useless in the hands of one of metal’s biggest bands can be used to carve mountains(see if you can spot it). Purchase.

Watch the video for  O’Recluse