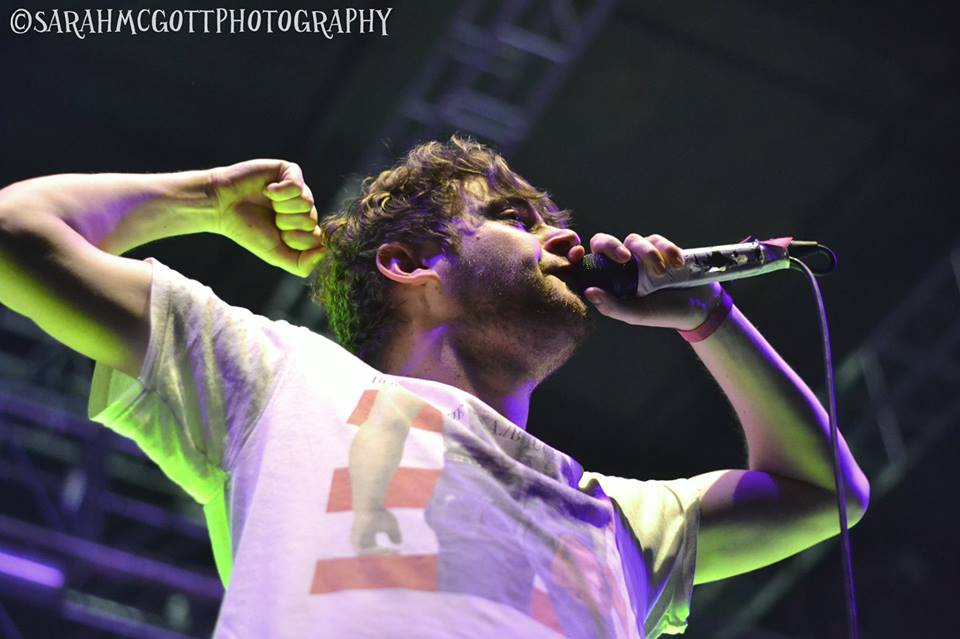 Slam Dunk Midlands is the newest date to the UK’s leading indoor music festival. Previously Slam Dunk had been split between North (Leeds) and South (Hatfield) but new for 2013 was the Midlands date in Wolverhampton.

Slam Dunk Festival 2013 boasted it’s strongest line-up in the festivals 8 year history with bands from the UK, USA and Australia all traveling to play the 3 day event. With 58 artists playing across 7 stages over 3 days and then 3 further tour dates in Scotland, Ireland and Wales Slam Dunk is really taking off and as Zac Eisenstein the vocalist of Man Overboard said during their set “If Americans heard about Slam Dunk they’d be very jealous“. The way the festival is going it won’t be long till those over the pond hear about the festival.

Opening the Macbeth footwear stage were California 4 piece The American Scene. Playing a solid set of melody driven pop punk getting the crowd ready for Boston 5 piece Transit. Opening their set with “Long lost friends” the crowd was singing along with vocalist Joe Boynton and sometimes singing louder. Following up an explosive opening song Transit played “Listen and Forgive” and lead single from their latest album “Nothing Lasts Forever”.

Transit treated fans to more songs from the latest album with “Weathered Souls” and “So Long, So Long”  which Joe Boynton taught the chorus to those who already didn’t know it to get a proper sing a long going. The pace was picked up with an older song “Please Head North” before they played the beautiful and meaningful “Skipping Stones”. Transits final song “All of your Heart” brought out the biggest cheer and loudest singing from the crowd and ended with vocalist Joe Boynton crowd surfing while singing the final chorus of a fantastic set.

Next up on stage were The Story So Far, as soon as the first notes of opening song “Roam” was playing drinks, bodies and limbs were thrown towards the stage in true The Story So Far crowd fashion. The room completely came alive as soon the set started and the energy carried on throughout the set with tracks from both “Under Soil and Dirt” and “What You Don’t See”.

The crowd chanting the lyrics back to vocalist Parker Canon as loudly as he could sing them to tracks like “Swords and Pens”, “Right here” and “Stifled”. The crowd really erupted when fan favourite tracks like “Empty Space”, “Mt.Diablo”, “Daughters” and “High Regard”. The Story So Far finished a high energy, high quality set with “Quicksand” which for the final chorus the vocalist from Gnarwolves, who toured the UK with The Story So Far and opened the Off The Wall stage earlier in the day joined the band on stage to finish off the set. 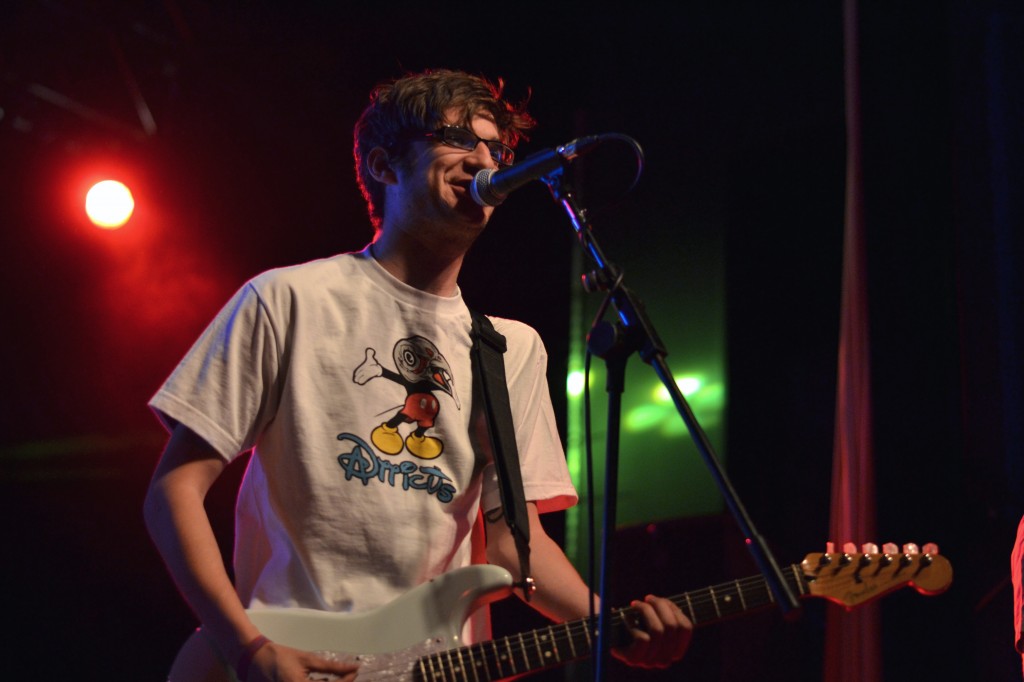 The next band to play the Macbeth stage were New Jersey 5 piece Man Overboard who played, for me, the best set of the entire day. Full of energy, sing alongs and the only pit I saw all day. Opening their set with “Dead End Dreams” the band’s stage presence and pure energy lit up the crowded room with fans singing the words back to the band. Following that they played a mixture of songs from debut album “Real Talk” and their self titled second album. Man Overboard also treated fans to two new songs from their new album “Heart Attack” which is released this week “Where I left You” and “White Lies” before closing their phenomenal set with the full band version of “Love Your Friends, Die Laughing” and fan favourite “Montrose” which got the whole room jumping and singing their hearts out.

Following Man Overboard were Fireworks. Starting off a set of high energy pop-punk with “Arrows”, lead singer Dave Pest looking genuinely surprised when a loving crowd sang the lyrics back to him and the band. Carrying on the energy from the opener Fireworks played a mixture of songs from albums “Gospel” and “All I Have To Offer Is My Own Confusion”. Closing a good set the band played “Detroit”.

The Wonder Years were the next band to play. Kicking off their set was lead single from the bands new album “The Greatest Generation”. “Passing Through A Screen Door” was met with screams and sing along from a room full of devoted fans of the Philadelphia 6 piece. If the crowd wasn’t loud enough after their opening song the next song was “Local Man Ruins Everything” with the crowd, Soupy and the rest of the band singing the lyrics at the top of their lungs I’m surprised the bands on other stages could be heard. Another song from “Suburbia, I’ve given you all and now i’m nothing” was played, “Woke Up Older” was met with rapturous applause. It’s obvious that the passion and emotion in the albums that this produce are not lost in their live performances. All 6 members giving absolutely everything. The passion was most evident in another song from the new album “Dismantling Summer”. The crowd was treated to songs from breakthrough album “The Upsides” with “Logans Circle”, “Melrose Diner” and “Washington Square Park” all getting the crowd jumping and singing the words back. A third song from “The Greatest Generation” was played, “The Bastards, The Vultures and The Wolves” played, again epitomising the bands passion and emotion in every single song and performance they do. Closing a fantastic set was “Came Out Swinging” with the meaning and emotion that the song was written with back in 2011 still there for many in the audience and the band. Finally the band finished up with “All My Friends Are In Bar Bands” with Dave Pest from Fireworks coming on stage for the final battle cry of “I’m not sad anymore, i’m just tired of this place, if this year would just end I think we’d all be ok”. The Wonder Years left the stage to the biggest and loudest roar of applause and appreciation of the day.

Aside from the music all of the staff who were at Slam Dunk were at all times helpful and full of humour which always makes the day better. The stage’s were all well signposted and all merch tents were well set out with enough room for people to move in between. On a side note I think a congratulations is in order for Wolverhampton City Centre McDonalds because Memphis May Fire were very pleased with their chicken nuggets and Chocolate fudge brownie McFlurrys.