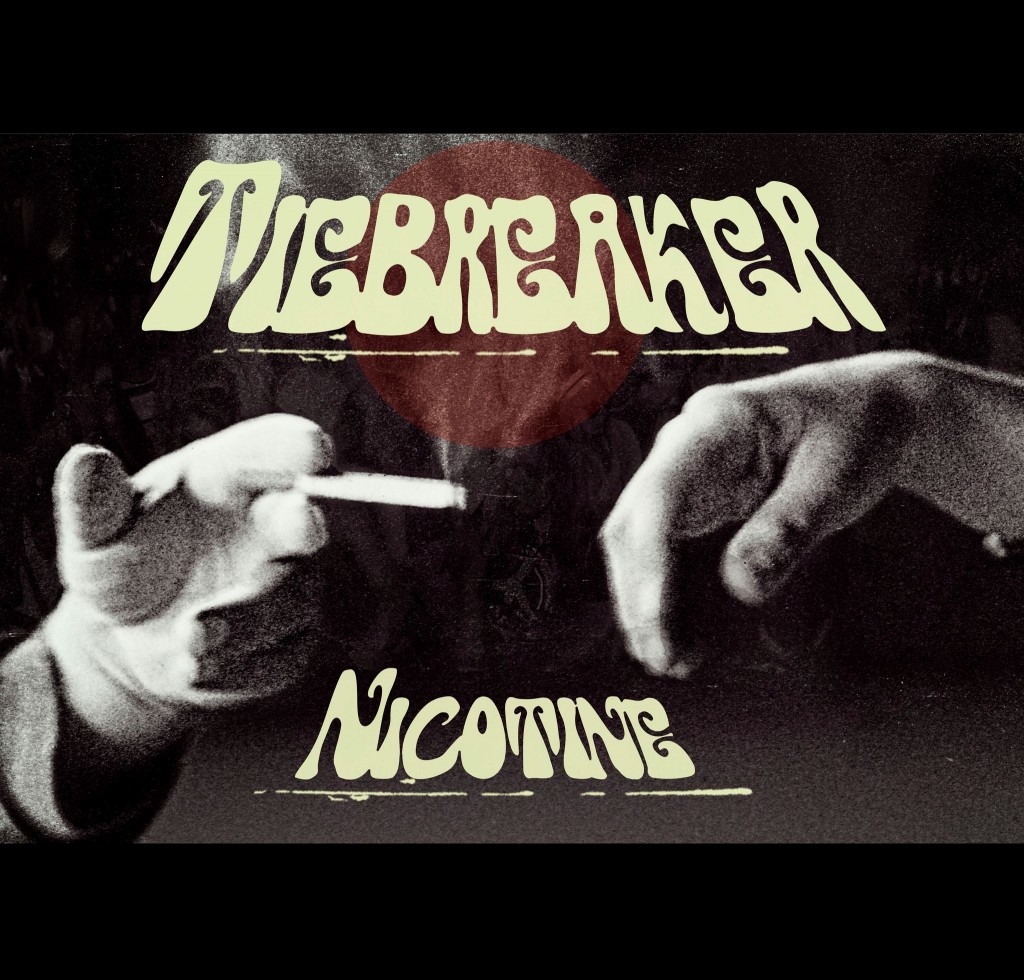 ”If you were to take the firing passion of guitar-god Jimi Hendrix and infuse that with the arousing rubble of Black Sabbath then top it off with some of that impassioned blues sounds that Eric Clapton had down to a pinpoint, then you would end up with the bastard love-child that is ‘Nicotine’ by Tiebreaker. ”

Three and a half minuets of electrifying energy is what sums up this track thrown out by the Norwegian progressive rockers that are Tiebreaker.

Thomas Karlsen, Erik Haug, Patrick Andersson, Pål Gunnar Dale and Øyvind Salvesen Tømmernes are the quintet that make up this ground-breaking, heaven-splitting cluster of 70’s inspired groovy rock & roll. The boys have been making music together for just over two years now, an astonishingly small amount of time, such a small amount of time that you’d be left to believe they could not possible bring out one of the dirtiest, sexiest hard-hitting rock tracks to brace the 21st century, but by god! That is exactly what they have done with their new single, hot out of the studio, ‘Nicotine‘.

If you were to take the firing passion of guitar-god Jimi Hendrix and infuse that with the arousing rubble of ‘Black Sabbath’ then top it off with some of that impassioned blues sounds that Eric Clapton had down to a pinpoint, then you would end up with the bastard love-child that is ‘Nicotine’ by Tiebreaker.

This number strikes you with Haugs impossible guitar work, riffs and hooks that were sent through from the gates of hell, sounding as though they could have been played by the devil himself, going hand in hand with a haunting solo in the middle of the track which crashes through your eardrums like an epiphany you didn’t even know you had, you’re on a journey, suddenly, it’s Woodstock 1971, sex, drugs and rock&roll are pulsing like never before and the sound of ‘Nicotine’ is staring you right in the face.

To many rock&roll lovers, it’s common knowledge that the masters of weaving in a pounding drum beat to an electrifying guitar sound was those old boys from London town, The Rolling Stones, but, listening to ‘Nicotine’, it seems that these cats aren’t far behind, Dale’s percussions are wrapped around the bass and electric sounds so cleanly and precisely that it’s no wonder why this group are vastly becoming more established by the second – they get the fundamentals of rock&roll. Being able to smash out a few riffs on the guitar or a tear a house down with a kick-drum and high-hat is great, but if you can’t make it work together you’re not going to get the instruments out of your garage door, but these boys, they’ve got it.

‘Tiebreaker’ have had an extensively busy summer this past year, catching over 100 performances under their belt and supporting acts such as Major Parkinson, Cody Jasper and Tyler Bryant and The Shakedown, the group are definitely on a list for bands to look out for, especially as we hear news that in spring 2014, the band will return to Texas on a new tour and record a full album. – so keep your eyes peeled!

For more information on ‘Tiebreaker’, check out their Website at http://www.tiebreakertheband.com/index/