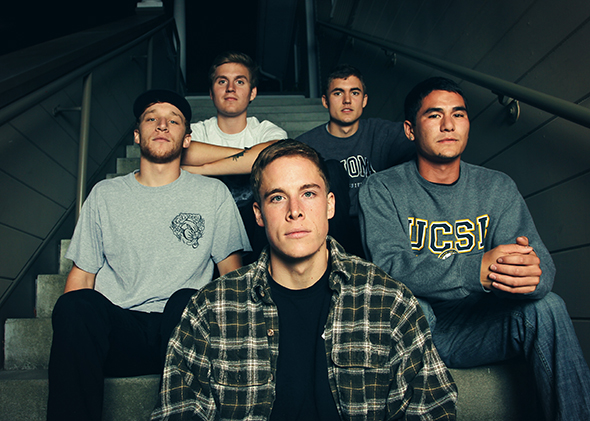 After playing the Asylum last year The Story So Far return to play a sold out show of pure energy and the best pop punk money can buy.

Opening the night were Brighton 3 piece GnarWolves. Kicking off the night with ferocious guitar riffs and the kind of angry finger pointing, angsty pop punk that you’d expect from a band opening for The Story So Far. Playing a mixture of songs from their Cru EP and some newer tracks from their next release. Mixing the crowd up into a crowd surfing, screaming frenzy you’d expect the next band to blow you away and really get you ready for the main act.

Unfortunately that was not the case. The American Scene, hailing from California managed to in a 30 minute set drag all of the energy kicking and screaming out of the room. They managed to get a crowd that was on the point on riot look like they were attending a James Blunt concert. With no crowd interaction and playing most of the set with their back to the crowd i’m sure some members of the crowd fell asleep standing up.

But never fear, As soon as the Opening seconds of Roam played the crowd went back to their frenzied state. The Story So Far’s opening song managed to recapture all of the energy that GnarWolves created. With bodies flying all over the shop and the crowd screaming the words back to Parker Cannon and company you knew things were about to go off.

Playing a mixture of songs from debut album “Under Soil and Dirt” and the superb follow up “What You Don’t See” The Story So Far really know how to make a crowd going mental. Constantly dedicating songs to fans who were at the last show, this show and anyone else who likes them you know The Story So Far are all about making music with their best friends and sharing it with adoring fans.

With the fans screaming all of the words to every song back you knew you were with a crowd of people who truly adored and appreciated the band and you could see that from the way The Story So Far were playing. Putting everything they could into every single song. Even playing a pre “Under Soil and Dirt” favourite from their split with Maker “680 South”. Parker Cannon dedicating it to his best friends Kelen, Ryan, Will and Kevin. Closing a truly superb set with fan favourite “Quicksand” I witnessed something i’ve never seen before. People crowd surfing through a pit.

Watch the video for Roam: