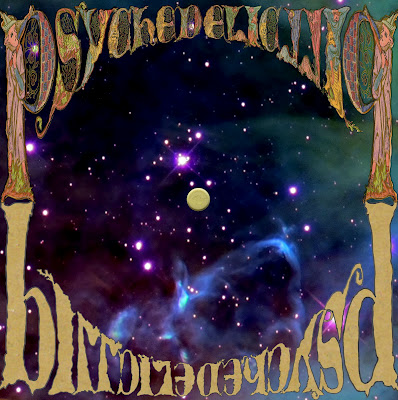 If Neil Young has proven anything over the years, it’s that we can never know what to expect from him. His incredibly popular yet relatively approachable album Harvest, released in 1972, was followed by the likes of On The Beach and Tonight’s The Night, two brilliant records of dark, intoxicated malaise.

His wildly erratic 1980s period saw the now established “Godfather of Grunge” divide audiences through brief affairs with electronica, R&B and synth-laden stadium rock. Loyal followers would also be caught somewhat off-guard by Living With War, a fierce reaction in protest to the Iraq war written and recorded over a period of only nine days in 2006, and Le Noise, a 2010 solo project featuring extensive looping from producer Daniel Lanois, known for his work with the likes of Bob Dylan and U2. For this reason, the emergence of Psychedelic Pill will be warmly accepted by those who desire a return to a musical style to which they may be more accustomed.

Psychedelic Pill sees Young reunited with old sparring partners Crazy Horse, in their first complete album of original material since 1995 (rhythm guitarist Frank “Poncho” Sampedro was absent from 2003′s Greendale). In terms of style, elements of previous work can be heard; there are the sprawling, extended jams of Broken Arrow, the country-tinged rock of Everybody Knows This Is Nowhere and Zuma, and the aural assaults of Ragged Glory and Rust Never Sleeps. Although very much rooted in their normal territory, Young and his cohorts still manage to cover new ground, at least from a personal perspective. One of the main talking points of the album is the opener, ‘Driftin’ Back’, which is now the longest song in the Neil Young catalogue at a staggering 27 minutes.

Despite its length, the song doesn’t make for arduous listening. The track begins with Young accompanying himself on acoustic guitar, invoking the feel of ‘My My, Hey Hey’ right down to the opening refrain of “Hey, now now/Hey, now now”. The initial tone is one of reflection, as Shakey makes references to his observations in his recently released autobiography, Waging Heavy Peace. The beautifully pure harmonies of the Horse soon join him, the unmistakeable guitar tones slowly fading in, and we’re off on an inexorable journey. The topic turns to religion, then to the state of the music industry in the modern age, broken up by Young’s wonderfully raw guitar work which could easily rival some of his best. Over the next 25 minutes, the band move seamlessly from one musical idea to the next, creating a sonic epic which proves difficult to tire of. This being said, choosing to place ‘Driftin’ Back’ at the beginning of the album was wise, as anywhere else it may have been harder to swallow. Instead, the song establishes the Psychedelic Pill, reminds us that the old Crazy Horse are back, and leaves us hungry for more.

The feel of the title track could not be more different from its predecessor. The driving riff invokes ‘Cinnamon Girl’ and borrows heavily from ‘Sign Of Love’ on 2010′s Le Noise. Most notable of all is the use of flanger, which drenches the entire track to create a swirling assault akin to the song’s namesake. Interestingly, an alternate mix with this effect removed is included at the end of the album, as if the band, like the listener, were unsure which version deserved the place. The tone, now with added emphasis on Billy Talbot’s pounding bassline, is more suited to the record’s sound as a whole, and Young’s voice occasionally struggles to compete with the frenzied whirlwind that surrounds it. ‘Ramada Inn’ is a real highlight, and fits alongside the band’s many classics. Telling a poignant tale of a years-old relationship marred by alcoholism and an inability to communicate, the band sound as in-tune as they have ever been, offsetting each others playing perfectly, their familiar vocal harmonies ringing clear and true during the chorus.

Now that Neil Young & Crazy Horse have treated us to over 45 minutes of music in just three songs, we are given some respite in the form of ‘Born In Ontario’ and ‘Twisted Road’. The first is a touching, country-infused tribute to Young’s homeland, featuring an organ break somewhat reminiscent of fellow Canadian Garth Hudson on his numerous recordings with The Band. ‘Twisted Road’ kicks off disc two with Young sounding his appreciation for his musical influences, citing Bob Dylan’s ‘Like A Rolling Stone’ (“Poetry rolling off his tongue/Like Hank Williams chewing bubblegum”) and the Grateful Dead. ‘She’s Always Dancing’ is yet another high point of the album, featuring an infectious melody once again introduced by the trusty vocals of Crazy Horse. It suggests a continuation from the title track, except now the dancing girl who once captivated the attention of the narrator is burning out, desperately trying to recapture youthful glories that are steadily escaping her grasp. The band tone down the aggression featured on previous tracks for the album’s penultimate offering, ‘For The Love Of Man’. The trademark guitar distortion is dialled down considerably, and the additional Mellotron and bell add a tenderness that perfectly suits Young’s fragile and piercing vocals. ‘Walk Like A Giant’ ends Psychedelic Pill in fine fashion, featuring all the typical elements of a great Crazy Horse song. Following a few seconds of ominous discordant strumming, the band launch straight into what they do best: an extended, lumbering guitar jam highlighted by Neil Young’s signature solos. The song is an unruly beast that never pauses for breath, ruthlessly dragging the listener along for the ride, before climaxing in a glorious cascade of cataclysmic, feedback-soaked noise.

Taking into account his unpredictability as a musician, it may come as a relief to some that Psychedelic Pill is Neil Young’s most solid album of the last decade, only made sweeter by his reunion with Crazy Horse. Whilst the likes of 2005′s Prairie Wind and 2007′s Chrome Dreams II were impressive offerings, they cannot compare with this album’s consistency. Billy Talbot and Ralph Molina once again prove themselves to be one of the most unrelenting and hard-working rhythm sections in rock history, whilst Frank “Poncho” Sampedro’s restrained guitar provides the perfect backdrop for Young’s unrivalled sound. This is the sound of a band returning to their finest form, and could easily give any album in their repertoire a run for its money.