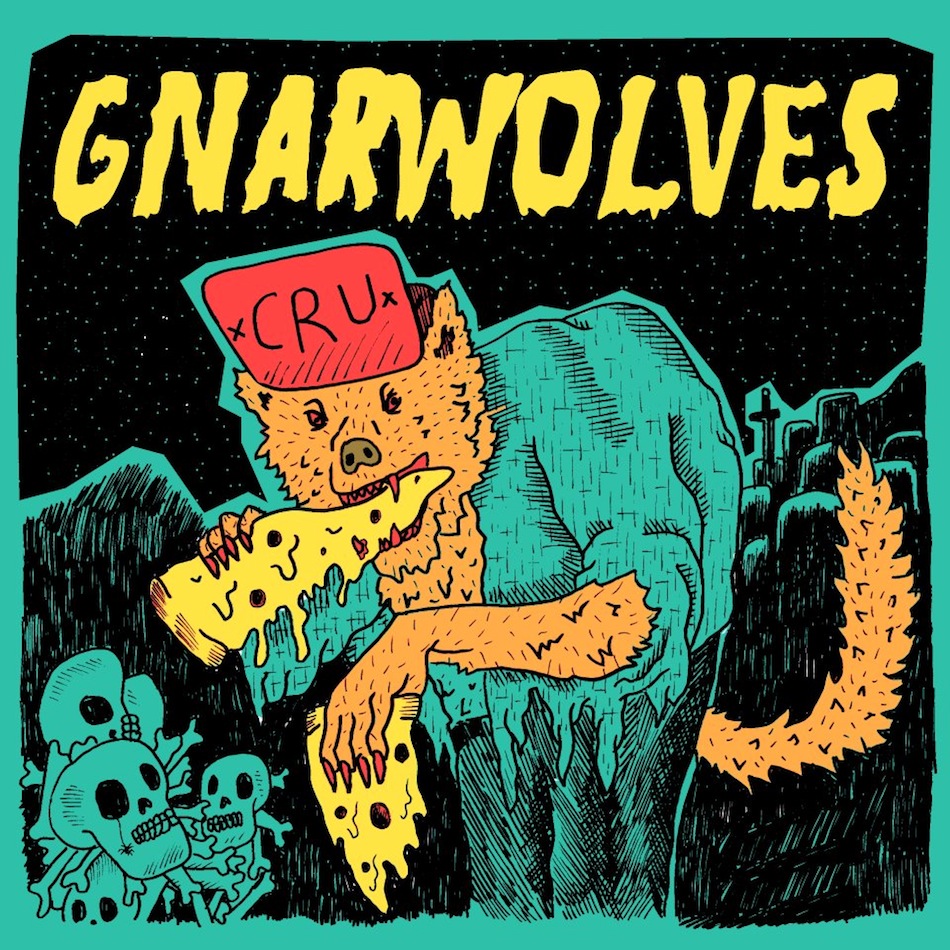 Brighton pop-punk 3 piece Gnarwolves have a lot going right for them at the minute, they are currently playing shows across Europe and are confirmed to play both dates of Hit The Deck Festival and are have a support slot for American pop-punk giants The Story So Far.

On top of all that their 6 track EP is good as well. Considering it is 6 tracks long it is incredible short, only just notching up 12 minutes according to iTunes. But don’t let that detract from how good it is musically.

Opening track ‘History is Bunk’ is a personal favourite. It has everything an opening track of a release should have. A lot of punch, bucket loads of energy and a very satisfying 1 second pause before the vocals start after a catchy guitar riff.

Track 3 ‘Community, Stability, Identity’ another stand out track, slows down the pace a bit. Just to make sure we don’t peak too early. The track slowly builds up until we get to track 4 “A Gram is ‘Better than a Damn’ which brings us straight back to the pace and energy that we had before and kicks it up a notch with track 5.

EP closer ‘Coffee’ is another great track that really shows off how good Gnarwolves are. Starting off fast then slowing us right down, leaving us gagging for more when the song finishes.

With such a strong second release you can see why Gnarwolves are in a very elite group of UK pop-punk bands that can really hold their own against the American heavy weights of the genre.