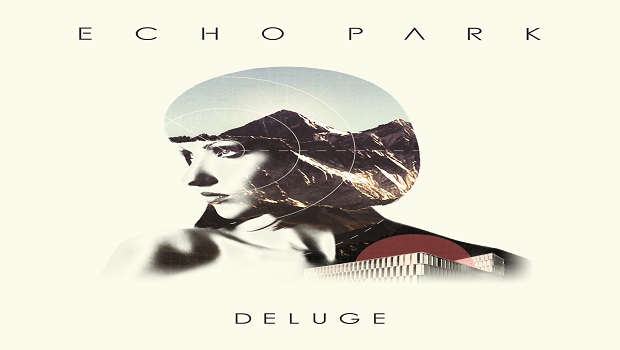 A month after they celebrated their first anniversary together as a band, the pop/rock fivesome Echo Park have released their debut EP, under the title ‘Deluge’.

All four tracks on the EP could easily stand toe-to-toe with almost any modern rock tune out there on the radio at the moment, but do the band run a risk of getting lost in the shuffle of “generic” pop-rockers?

Surrey-based Echo Park have been around for just over a year, and have immersed themselves in the world of music to the point of earning a spot in the Hard Rock Rising finals and being broadcast on Eagle Radio, among other impressive accolades. This past July, they further improved said list with the addition of ‘Deluge’, a solid four-track EP.

‘Circles’ kickstarts the EP, giving you a full sense of what the band has to offer. This is the sort of song that could be a huge hit at festivals all over, with a memorable guitar riff and an insanely catchy chorus that fans of the genre will adore singing along to. It is clear from the start of the track that Echo Park are capable of going above and beyond the call of duty when it comes to songwriting.

Following ‘Circles’ is a slower tune by the name of ‘This Life’. The vocals are the stand-out feature here, clearly influenced by the likes of Jimmy Eat World and You Me At Six. While ‘This Life’ is indeed another well-written track, it unfortunately also comes across as the weakest of the four songs.

This is quickly remedied by track three, ‘Shadow Days’. The first of the two stand-outs on ‘Deluge’, the energy that resides here is unmistakable. There is a sense of intensity and aggression throughout the song, as the band roar out the lyrics “even if it kills me in the end, it’s better than another single day in this hell.”

The final track is a classic case of “save the best ’till last”. ‘Miles’ is a wonderful ballad that begins relatively quiet, yet ends with a fast paced and noisy breakdown which leaves listeners wanting more from the band. Without a doubt, this is the strongest number on the EP.

While ‘Deluge’ is a great introduction to Echo Park’s music and is filled with catchy choruses and decent musicianship, I can’t help but worry that the band may not have found anything here that sets them apart from other artists of the same genre. Until they find a factor that makes them unique, they might just be “miles” from discovering their true potential.

Check out ‘Circles’ from their debut EP below: