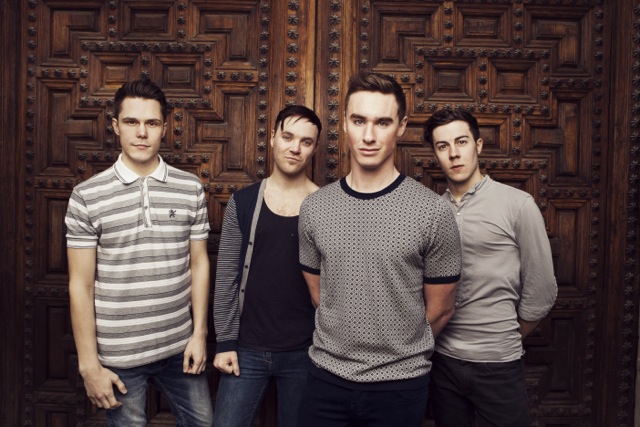 Capturing the hearts of many, Don Broco have watched themselves steadily climb up the “ones to watch” list as they continue to dominate with their live performances.

Fortunately, their hard work, boy-like charms and entertainment factor have begun to encourage a strong, supportive, fan base that document their everyday life. With “Broco at Koko” being one of the most talked about rock shows over the last few months, expectations rose as they announced they were to be accompanied by fellow Brit-rockers Pure Love and Decade.

Unfortunately, I missed the opportunity of catching Decade’s performance tonight, but judging by the crowd discussions taking place prior to Pure Love’s set; it was fairly obvious that this emerging act continue to impress. Fortitude Magazine will definitely make up for this mistake by seeing the band’s vocalist perform at Slam Dunk Festival later next month.

Pure Love, consisting of former Gallows frontman Frank Carter and ex-Hope Conspiracy guitarist Jim Carroll, came out with one intention; to cause a stir. Carter, less than a song in, was already a focal point as he encouraged circle pits, whilst placing himself firmly in the centre of it all.

He continued a large proportion of the set from the centre of the crowd, whilst Carroll made passing visits onto the higher tiers or side terraces to perform guitar riffs to an unsuspecting crowd. Carter announced that he is aware that people don’t enjoy putting up with support acts usually, so they came here to prove it all wrong by offering something completely new to the fan experience. He wasn’t lying.

Although their crazy antics caused some minor issues, with Carter’s microphone not working a few times and a long break of momentum during tracks as they situated themselves somewhere else in the venue, they did provide a live show that left many still talking about it at the end of the night. With Carter’s frontman prowess and Carroll’s ability, Pure Love will definitely be featuring a lot more over the forthcoming year.

But, it was Bedford-based pop-rockers Don Broco that everyone came to see and many would be left wondering how it would be possible for them to top their previous support performance; however, the quartet did.

A set list combined of their ‘Big Fat Smile EP’ classics and latest successful album offering ‘Priorities’, there was something present for everyone; whether new or old. Rob Damiani does what he does best and encouraged the crowd participation that built for an electric atmosphere, whilst Simon Delaney and Tom Doyle never stopped skipping and jumping around the stage.

A highlight was witnessing the quartet break from ‘Beautiful Smile’ to ‘Thug Workout’, with drummer Matt Donnelly doing his signature stick cut throat. It encouraged a large roar by an already ecstatic crowd that quickly broke into performing a wall of death.

Don Broco have definitely established themselves as a firm favourite in arising UK talent, as this quartet put the rock back into pop.