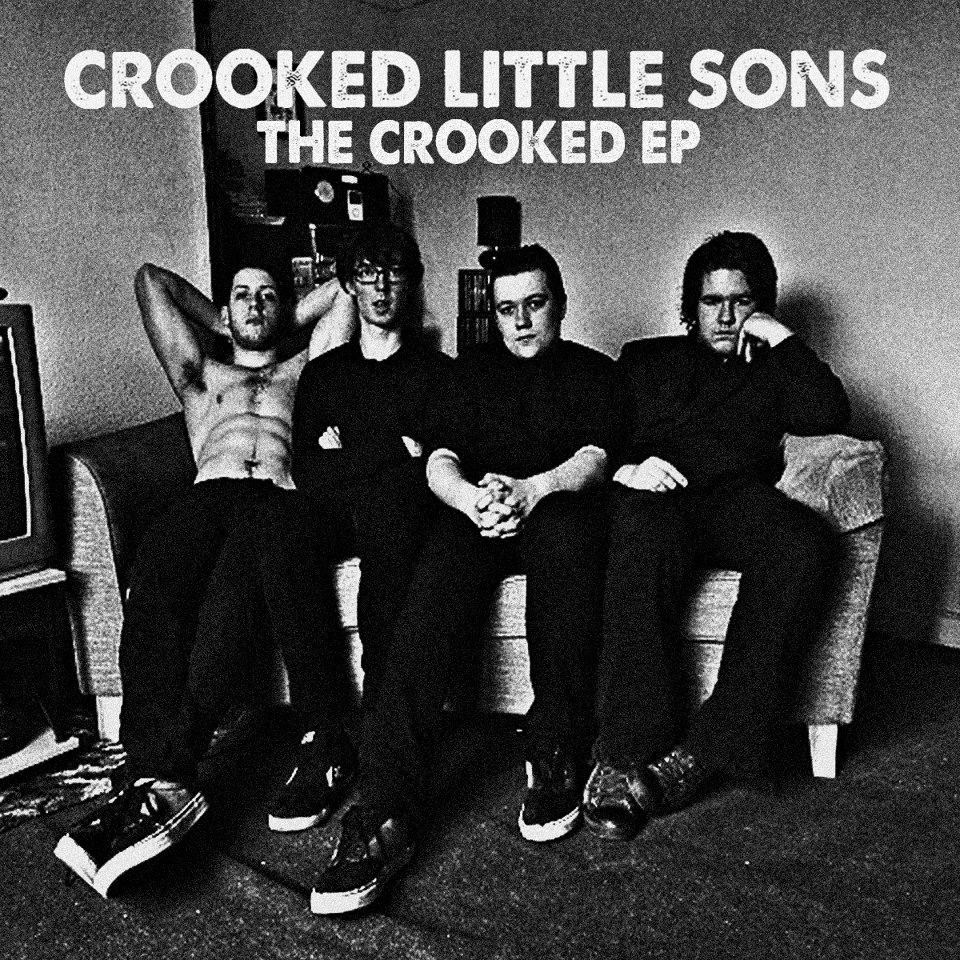 There are a number of musical genres where dexterity and flamboyance take a back seat to songcraft. In such instances, shredding solos, labyrinthine time shifts and baffling modal scalar work have little import. Garage rock is such a circumstance, and it is in this environment that we find Crooked Little Sons.

The Exeter quartet’s debut contains 5 tracks of slack jawed, low slung sleaze. Despite coming to life only last year, the Devon lads have crafted a concise and well-realised EP, full of character and promise.

The EP ignites with He Who Dares, instantly calling leathery drug-caskets Buckcherry to mind. That lasciviousness, the implied peril; it manhandles the track with little care or attention being given to its feelings. However, where Josh Todd felt like he was a stiff breeze away from disintegrating into a pool of assorted narcotics, Josh Bessant has the lilt of a young man swaggering through a blizzard of skirt. The guitars are sturdy, the drums pump away solidly in the background; all is well.

Lack The Attack immediately calls Nine to mind, the migrating bass work and staccato drums imbuing the song with youthful naivety. Its eulogy to drinking and sleep deprivation could only have come so convincingly from the young; this tale has no remorse. Confidently brief at 2:22 in length, it segues straight into the Strokesesque This Town. With overtones of ex-Wildhearts heroin support group, The Yo-Yo’s, this is a defiantly brutish concoction replete with county-swagger imagery. Ideal as a Hollyoaks fighting soundtrack, Bessant’s rasping pipes couldn’t be more appropriate.

When I received the tracks from the band, the second last tune, Sharp As A Brick, was the first one to be coughed out by my media player. Idiotic in the extreme, from the opening riff onwards, in context it stands out as a wonderful example of pure enjoyment; frill free, straight from the loins, circumnavigating intelligence entirely, and all the better for it. The party tune as a case study, I can imagine this getting punters on the dancefloor immediately. Spot on.

It’s not all allusions to boning and behaviour though-Little Girl warns against the conduct carried out by an unspecified young woman, seemingly fate-bound into making poor choices. Bounding along with an almost waltz-like quality, this is a jaunty number indeed, closing the EP in fine style.

Crooked Little Sons have created a knowing, well rendered EP here. A grand debut to start with, and a great platform from which to take flight into the future. There are times where the songs feel like they themselves wanted to be shorter, as though the magic 2 minute mark fits their writing style, but the longer tracks show a willingness to let the material play out, and certainly feature moments of clearly intended crowd participation. It feels like just the start for the Devon boys, and I await their future releases with some anticipation.