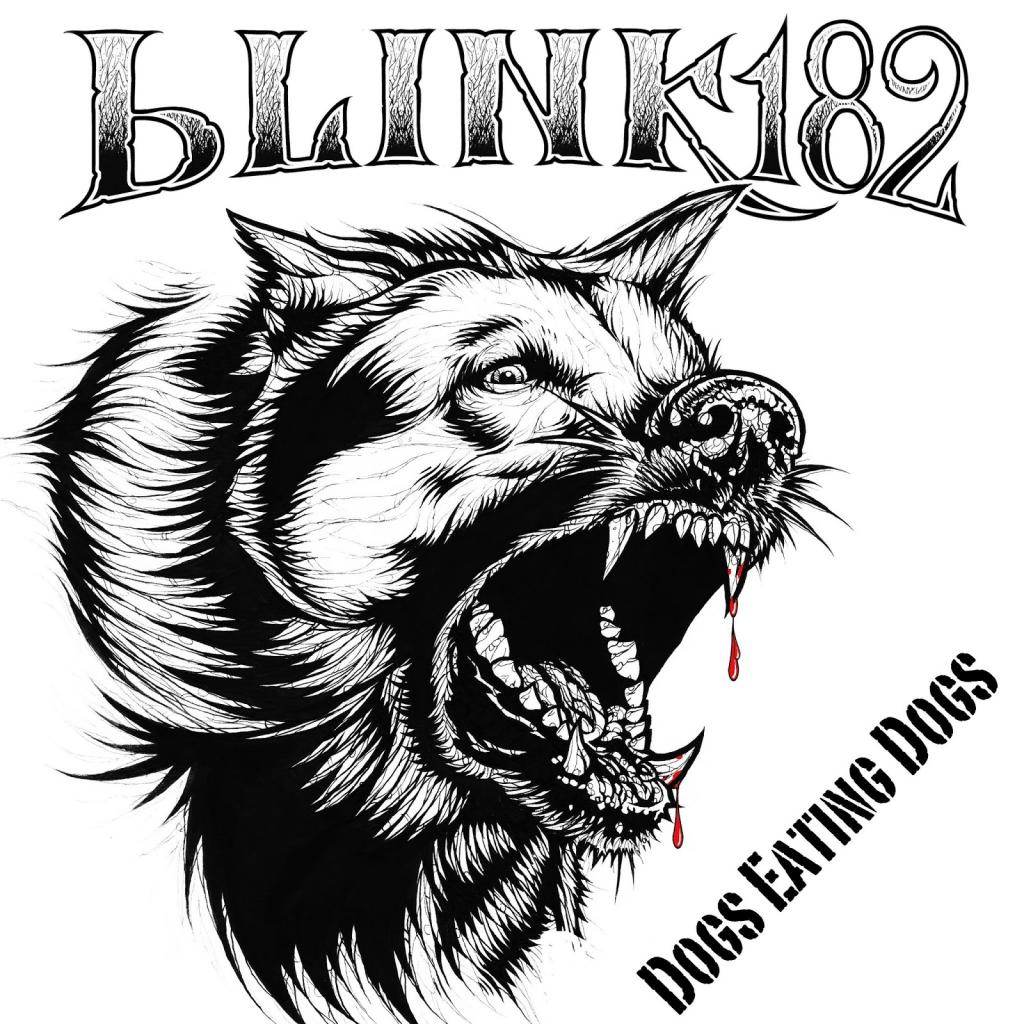 Blink-182 promised something different and special from their new EP ‘Dogs Eating Dogs’. The EP ventures slightly away from Blink-182’s traditional punk-pop routes but not to the extent that it is unrecognisable. Released just one year after Blink’s returning album ‘Neighborhoods’ , The ‘Dogs Eating Dogs’ EP continues Blink-182’s epic return to form after their 5 year hiatus.

‘Dogs Eating Dogs’ comes three months before the band were expected to return to the studio to record their seventh album and will be a welcome stocking filler for all Blink-182 fans. This EP is the first independently released Blink-182 material after the band split from their record label earlier this year.

The band reunited in 2009 after a four year hiatus and have since gone from strength to strength; extensively touring the US, Europe and Australia as well as putting out new material and their involvement in their own respective projects (Angels and Airwaves, Hoppus on Music, To The Stars etc.)

The EP continues to convey the maturity of the band since they reunited and progresses along with the same slightly different sound we heard on ‘Neighborhoods’ but still remains true to Blink’s punk-pop routes.  The five track release includes; ‘Dogs Eating Dogs’, ‘Boxing Day’, ‘Pretty Little Girl’, ‘Disaster’ and ‘When I Was Young’

The ‘Dogs Eating Dogs’ EP opens with ‘When I Was Young’ which along with ‘Disaster’ have real echoes of Angels and Airwaves as the songs build from a slow dramatic start. The two highlights of the EP for me were title tack ‘Dogs Eating Dogs’ and ‘Pretty Little Girl’.  Unconventionally for a Blink-182 track ‘Pretty Little Girl’ features a rap from Yelawolf which at first listen sounds out of place due to its unexpected nature and received a fair amount of criticism from ‘hardcore’ Blink fans but give it time and it really grows into a fascinating listen.

The acoustic track ‘Boxing Day‘ showcases the band’s talents in putting together a track which possibly draws on the bands encores during their live summer tour when Mark and Tom took centre stage to play an acoustice encore of songs which hadn’t been played live by the band in over 10 yeas. Like its predecessor, ‘Neighborhoods’, The ‘Dogs Eating Dogs’  EP is a real grower and improves with every listen.

Both Tom Delonge and Mark Hoppus have suggested that Blink-182’s newest material will be the most experimental we have seen from the band. The guitarist and bassist have both benefited from their ventures away from the band (Angels and Airwaves, Boxcar Racer and +44) and these influences are clearly visible in the band’s new material.

The release was available for pre-order via three separate packages form the band’s website. Each package included different free content to give the EP something a little extra special for Christmas.

When we caught up with Tom Delonge earlier this year he also suggested that we should expect to see something new from Angels and Airwaves before the end of the 2012 as well as some new information about the elusive Poet Anderson.