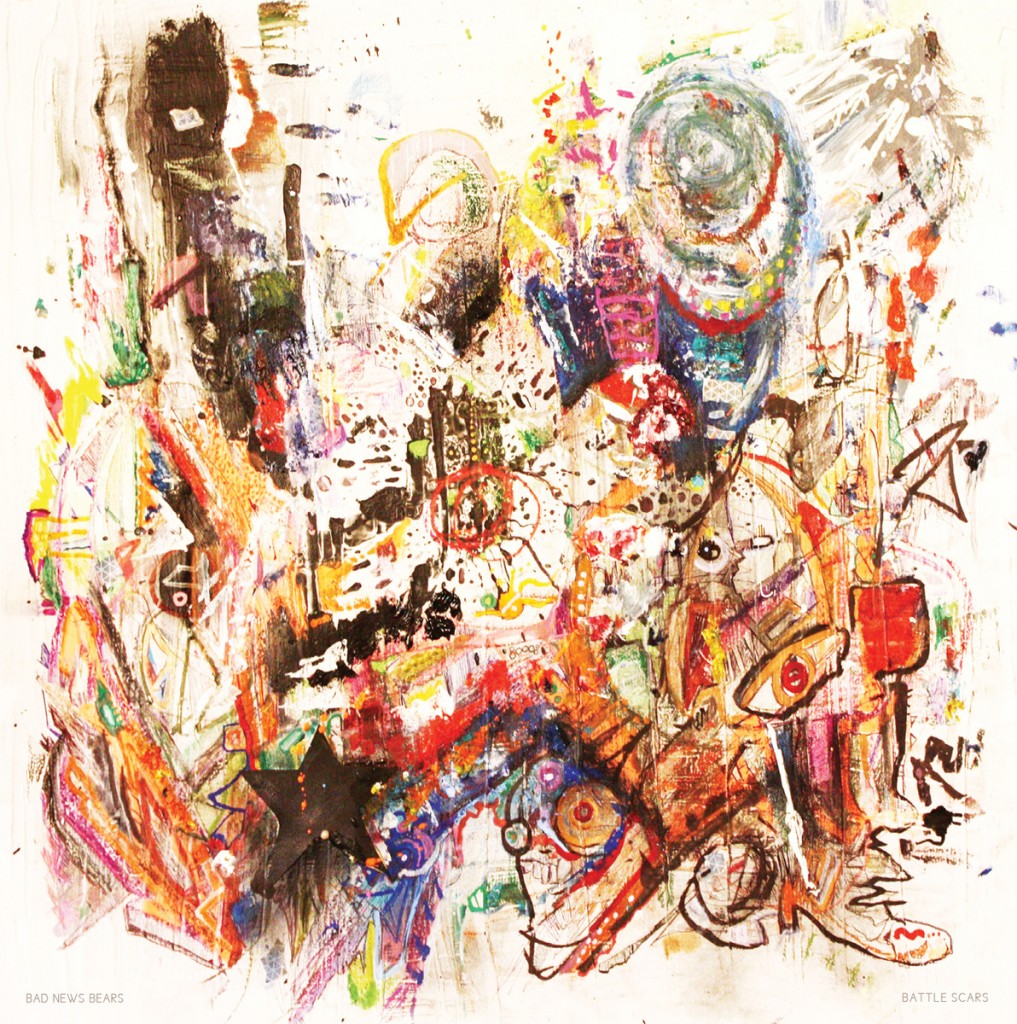 Opening track “Hold” is a catchy, toe tapping summery indie rock tune. The second track “Best That We Can” is another summery indie rock sounding song but at the same time there are obvious pop punk elements to the track. Bad News Bears sets out to “break the barriers between genre definition,  and to produce a refreshing sound in a scene already consumed with predictability.” The first 3 tracks of “Battle Scars” have already done that. Beautifully blending the right components of indie rock and pop punk to make a very fresh and unique sound and that is just in the opening 3 tracks.

After a slight drop in tempo in track 4 we are immediately picked back up and have the tempo turned up in track 5 entitled “Under The Carpet”. The way that the barriers between genres are ripped apart and restitched by Bad News Bears in this album is superb. Track 6 “New Again” starts off with almost a late 90’s early 00’s sound to something that wouldn’t sound a miss on a Biffy Clyro album is really something that could blow someone’s mind.

Battle Scars does exactly what it says on the press release, “it breaks the barriers between genre definition” and gives us a thoroughly enjoyable 30 minutes album that can be played on repeat for hours before sounding repetitive.