Q&A Session: The Fratellis – “To think in a straight line would be helpful from time to time…” 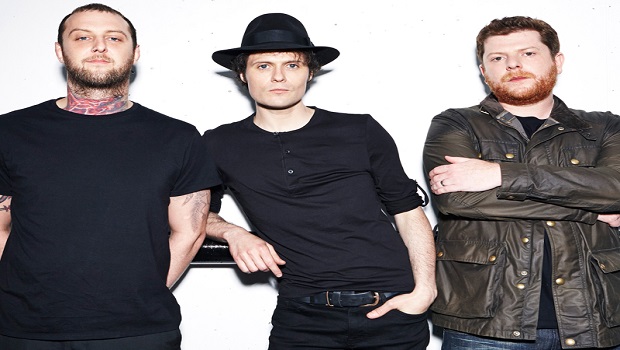 Off the back of their hard-hitting comeback album, ‘We Need Medicine’, The Fratellis are back belting their live performances through festival appearances as well as touring this brand new album.

We caught up with frontman, Jon, having previously spoken to him at Indiependence Festival in August…

Firstly, Happy New Year! – How many New Year’s resolutions have been broken so far, should I ask?

Jon: None made, none broken!

Way to have it! So, since I spoke to you at Indiependence festival, your latest album ‘We Need Medicine’ has dropped. How have you guys found the reaction to that?

Jon: The only reaction we see comes from fans at our shows and they’ve been positive, I think people react to seeing a band enjoying their work.

I suppose in relation to your previous releases, specifically ‘Here We Stand’, the hype might have dropped a bit. Did you find it hard to create the same atmosphere around your music after such a long a gap?

Jon: It just wasn’t an issue, hype comes and goes, hype didn’t help us make a good album last time out so it’s always been overrated, all you should ever do is write and record what turns you on.

For you, what was the most enjoyable song on the album to work on?

Jon: I just enjoyed the whole process mostly, we only recorded the songs that had something going for them, I remember thinking Seven Nights Seven Days would be something we could play every night for the rest of time and never tire of.

Can you talk us through a bit of your song writing process for this album, or indeed any album? Depending on who I’m talking to, the answer varies from lyrics first to music first to completely out of the box styles. How do you guys work it?

Jon: I’ve never noticed a pattern to how I write other than sometimes I go through patches of being happy with where I’m going and other times it can feel slow, I’m content to let it be a mystery.

Through all your festival appearances over the Summer, you guys had massive crowds out to see you. What’s it like to know you’ve still got a massive support network after all this time?

Jon: Having an audience to play to is the be all and end all, without that you’re a guy strumming his guitar in his room. I’m still incredibly grateful that people spend their hard earned money to come and see us play.

So, fresh off the back of the new album, what do you hope to do next? Any rough plans?

Jon: We’ll be touring this album (We Need Medicine) around the world for the rest of this year I think.

Jon: Maybe to think in a straight line would be helpful from time to time…

‘We Need Medicine’ is available to buy on iTunes right here.

Check out the Official Music Video for ‘Seven Nights Seven Days’ below: