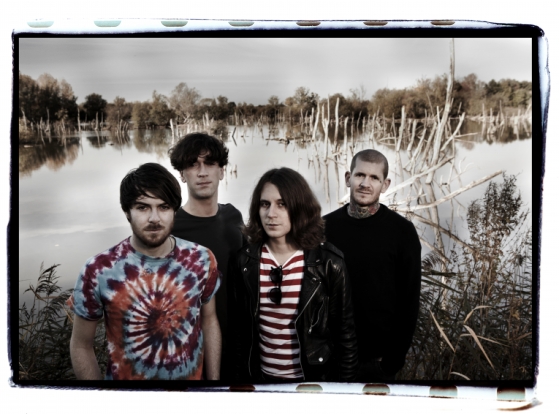 It’s been a fantastic year for the band; on top of the phenomenal response to ‘Tough Love’ (produced by Gil Norton of Pixies and Foo Fighters fame, among others) and unprecedented support from Radio 1, 6 Music and XFM, the band embarked on sold-out tours and were met with a rabid response at festivals across the summer – their main-stage performances at Reading and Leeds proving to be a particular highlight.

To mark the end of an incredible year, the band are proud to announce the release of a deluxe version of ‘Tough Love’, to be released by Transgressive Records on the 10th of December.

“Welcome to the Tough Love sessions! We’ve had a monumental year and would like to celebrate it by bringing you a collection of rare and unreleased tracks so you can delve deeper into the world of Tough Love,” explains drummer Lee Vincent. “We’re very proud to bring you all our b-sides (including those from our debut album), demo’s from the Tough Love writing sessions – recorded and mixed by our Rob in a dirty basement in Hyde Park, Live session tracks and even a very special live cover recorded on our European tour. Enjoy!”

The band can now announce ‘Epic Myth’ will be released as a single this coming November 19th.

“Epic Myth’ is loosely written around the story line from one of (frontman) Tom’s favourite horror films ‘Inferno’ by Dario Argento,” explains guitarist James Brown. “It’s a live favourite for us and the fans had their fair say in its release so we went with it. It’s the last single from the album and we wanted to go out with a bang and this bangs!”

The single will be available digitally and there will also be a limited edition 7-inch each individually numbered by the band, whilst the first 100 will be signed. The B-side is an unreleased track called ‘Spooky Wooky’.

Check out the video for ‘Epic Myth’ below:

‘The Tough Love Sessions’ will feature the following tracks: