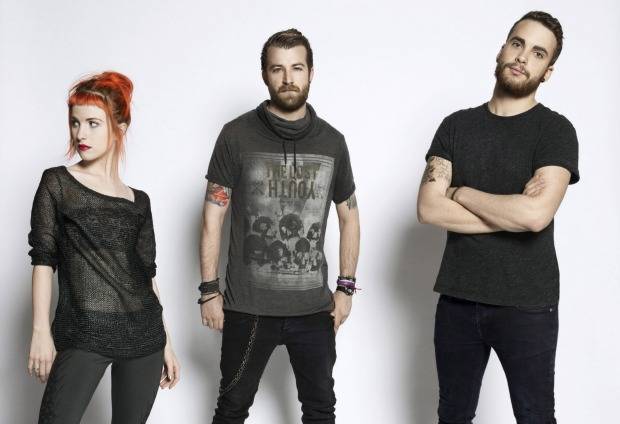 Paramore have unveiled the track-listing for their fourth studio album, which is due for release on April 8th.

The group’s self-titled LP, follow-up to the UK chart topping album ‘Brand New Eyes’, will be their first full-length since the departure of the Josh and Zac Farro.

Hayley Williams previously spoke to US Magazine Absolute Punk about their new material, in which Williams revealed, “Taylor [York, guitarist] was listening to Alt-J a lot, I was listening to that Sirius XM channel called 1st Wave every day just getting my gothy vibes on in the car, and Jeremy [Davis, bassist] keeps us well versed in new hip-hop.

I’d be lying if I said we didn’t collectively listen to more electronic music during this process than ever before. I think it’s just because that genre is super hot right now.

Even so, I wouldn’t say we sound like any of those bands. It sounds more like someone let us loose in a blow-up castle full of instruments and we just bounced around in it for a few days.”

Despite influences, she did go on to confirm that this will not purely be an electronic-induced album, by stating; “No dubstep was jammed in the making of this album.”

The band will be streaming ‘Now’ live for the first time in the UK tomorrow on BBC Radio 1 show with Nick ‘Grimmy’ Grimshaw.