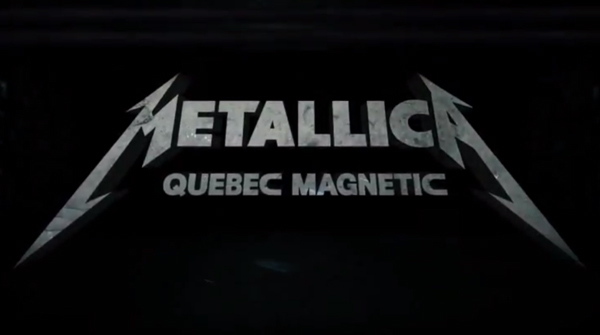 The film, shot by Wayne Isham, captures two shows from the band’s record breaking World Magnetic tour which ran from October 2008 to September 2010.

Quebec Magnetic was shot in Quebec  in 2009 and is available as a double DVD as well as on Blu-ray and digital download. The DVD features 7 songs from “Death Magnetic” including three titles never before available on a Metallica live DVD (“The End Of The Line”, “My Apocalypse” and “The Judas Kiss”) as well as Metallica classics including “One,” “Sad But True,” “Master of Puppets,” “Nothing Else Matters,” “Seek & Destroy” and “For Whom the Bell Tolls” in over 3 hours of concert footage.

The bonus disc includes exciting behind the scenes interviews with the band and their fans.