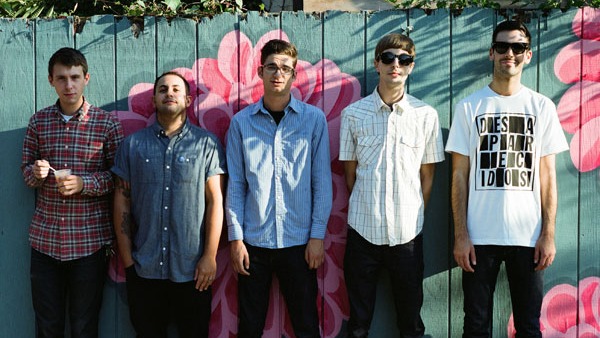 Following a series of unfortunate events, Man Overboard were on the receiving end of a huge blunder by Spotify.

The music stream service mishandled the streaming date of Man Overboard’s forthcoming record ‘Heart Attack’, as they made it available to fans two weeks earlier than anticipated. Whilst the band were aiming to brush this corporate mistake under the carpet and pray that no-one would notice, Alternative Press, Rocksound and Absolute Punk all found themselves hearing about this a lot quicker than anticipated.

Vocalist and guitarist Zac Eisenstein soon saw red and his rant about the current music press industry began to form. Eisenstein tweeted, “the music press industry is a joke. It’s one big circle jerk of failures telling each other their opinions and sharing “news””.  After this quick tirade, many anticipated a follow up, which Eisentstein greeted with “@Spotify @AbsolutePunk @AltPress F**k you”.

We admit that we were slightly offended as we are a part of the “music jerk” circle aiming to be pleasant to the acts that we speak about, to praise them to a further readership whilst engaging in pleasant conversation that their own fans can enjoy reading, instead we are listed as “failures”.

Eisenstein continued his rant with a series of “F**k off” to any publication that begun tweeting about their news of the leak, as each publication begun trading as a streaming outlet instead of supporting a band that were trying their best to resolve the manner.

We were hoping to have a quick chat with Eisenstein at some point, as he had the opportunity to calm down around the situation and provide a more mellow response on the issue of the leak but, following a childish act of insults to people and publications that usually aim to support him, we are giving you the chance to stream their album in its entirety below. Enjoy: