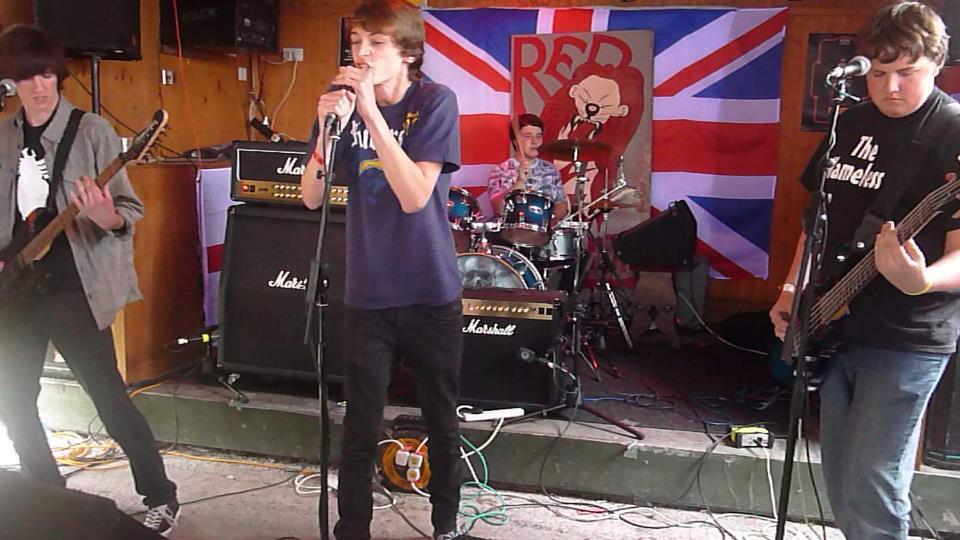 One of the many great things about Christmas time is the receiving of presents. Sometimes they are disappointing, sometimes a pleasant surprise but the best ones are always the presents that your not even expecting. Last night my ears were treated to the best type from The Nameless.

Their style of teenage angst punky rock caught my attention straight after the first note, as well as the bands ridiculously young age. Their frontman Joe is only 17!

A greatly welcome change from the freezing fog The Nameless’s sound is a mix of thick, distorted guitars, dueling rifts and lyrics that scream teenage tales of woe. Shatter, written by Rob (lead guitar), is a thick and distorted track based around still thinking about a past relationship. The opening lyrics say it all, “Has it been a year since that day, The day I told myself you’d fade away”.

Their live show is a feel good one to watch as well, nerves were plain to see at the start of the set but this being their fourth gig, its bound to happen. The band powered on through, becoming a joy to watch once the guys had settled in. A great mix of passion, young talent and “goofing around”, not to fare away from the late great Dananananykroyd. One case of timing issues occurred but some helpful tips and compliments from some of the more established bands will aid The Nameless in the future.

The Nameless truly have the potential to grow into a brilliant homegrown act, especially with the many years they have ahead of them I fore see from such a young a talented act.