Interview: Wild Smiles – “Listen to us if you want something better than other bands at the moment” 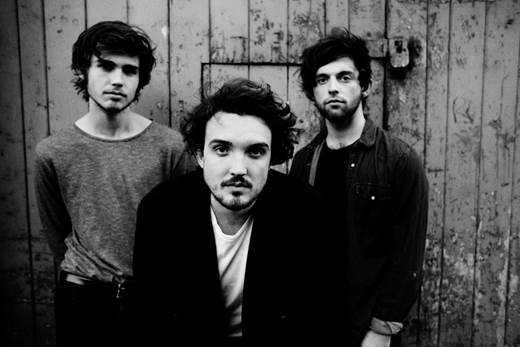 How are you guys today?
Chris/Joe/Ben: Very well thanks!

How was Bestival?
Chris: Yeah it was great, it was a best show yet. Busy tent! Not sure how many were there but pretty full!

Which bands did you see?Chris: I only saw the Kooks & Foals,
Joe: saw The Wythes & Amazing Snakeheads
Ben: I saw Temples.

Last time we saw you we filmed your Playedbare sessions which gave us a great acoustic introduction to your music. You’ve had your music compared to grunge bands like Nirvana and also 60’s beach music like The Beach Boys, how would you describe your music?
Chris: Rock Music? Pop Music? Simple guitar based music.
Ben: Yeah straight down the line really.
Joe: Focusing on the songs I guess.

You have your new album coming out at the end of October, what can we expect?
Joe: More of the same fast paced pop rock song.
Ben: A few slow ones. A few more of the slow jams in there. But primarly the fast ones.
Chris: I Think, Fool for you is one of those that shows both ends of the bands i think, especially lyrically. And Never Wanted this a bit deeper. So I think the themes from both of those songs are scene through out the album.

You guys started the band at a really low point in your lives; which echoes in your music. Seeing you’re getting such critical acclaim, signed to Sunday Best and playing at Bestival  do you think it will affect the writing of your music?
Chris: Personally from me I’m finding it a lot harder to write about things, I’ve been trying but I haven’t got any lyrics, but hopefully nothing too bad but hopefully something will kick it off.

What have you guys got planned for the rest of the year?
Joe: Just to get the album out and to play as many gigs as possible and just to have a good time.
Ben: We’re supporting British Sea Power in Rochester which will be cool.

Why should people check you out in one sentence?
Chris: To listen to something simple and something better than other bands at the moment!