Interview: The Maine – “We get to play to people that wouldn’t of ever heard of us before so that’s a cool thing” 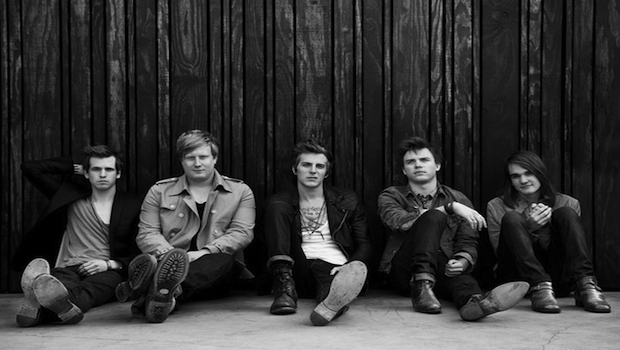 Playing Hit The Deck festival this year, Arizona Rock Band, The Maine kickstarted a hype in anticipation their set.

We caught up with Pat Kirch from The Maine at the festival….

You played yesterday in Bristol, how was it?

It was great! It’s kind of like one of those things where you don’t know what to expect. There’s so many bands and different styles of music and stuff but it was insane. We played on a boat which is pretty rad.

Was that your first experience of playing on a boat?

Uhm, second. We played a boat in Paris once.

You’ve just finished touring with Deaf Havana, how was that for you?

Huge, insane and cool and great, yeah, It’s honestly been like one of the best tours we’ve ever been on over here so. I was having a blast.

Are crowds the same in the UK as they are back home in the US or anywhere else in the world?

I’ve kind of found that our fans have kind of like created this group where like no matter where we are it kind of feels like home you know?

You have a pretty busy summer coming up, is there anywhere in particular you are excited to play?

Be back on the Warped Tour! Uhm, it will be fun. I’m just so excited to be out in the heat and hang out with a bunch of people.

What makes Warped Tour so special?

Uhm, we get to go on tour with bands that we’ve never toured with before and bands that we’re friends with or like maybe a heavier band or something so that makes it cool. The fact that we get to play to people that wouldn’t of ever heard of us before like every single day so that’s a cool thing.

Is there anywhere you’ve never played that you really want to be able to play, or anywhere you would love to go back to?

Uh, Japan, we’ve been like almost everywhere that you can play as a band but we haven’t been there yet.

With such a busy touring schedule I imagine you don’t have much time off, when you do have time off what do you get up to in your spare time?

I get bored really fast at home so we like nothing really, we keep pretty busy, we built a recording studio back in Arizona. So I like do that all day when I’m back home.

You have all been together for a fair few years now, what is your greatest memory of being in the band?

Uhm, lets see. I think being able to release now two records independently and tour at our own pace, to do whatever we want to as a band and not having to like buy into any of the bullshit of trying to write music to be successful and things like that you know. To be able to do it on our own for over half of the time we’ve been a band, that’s a pretty cool thing for us.

If you weren’t in The Maine what do you think you would be doing instead?

I have no clue, I don’t know maybe I’d want to be a chef or something.

You’ve bought out 4 albums now, Do you have a favourite or do you love them all equally?

I don’t know, we’ve made each record sound and the way they’re recorded be completely different. So its like they each hold a different meaning you know. Forever Halloween we recorded completely to tape and completely live off the floor which is something I’ve always wanted to do. As a band most of our favourite records have been done like that so that experience was awesome. It brought out an energy in us that we wouldn’t have had if we had used computers to edit the crap out of our songs.

Do you have a song that you really adore playing live?

Uhm, right now we’re playing a song named ‘run’, I like doing that a lot. Its like in your face the entire time, its fun.

You released Forever Halloween and Imaginary Numbers last year, is there any plans for new music to come out during 2014?

We going to put out a deluxe edition for forever Halloween with 5 extra songs, so that will be out in June, that will be the next kind of thing we are doing.