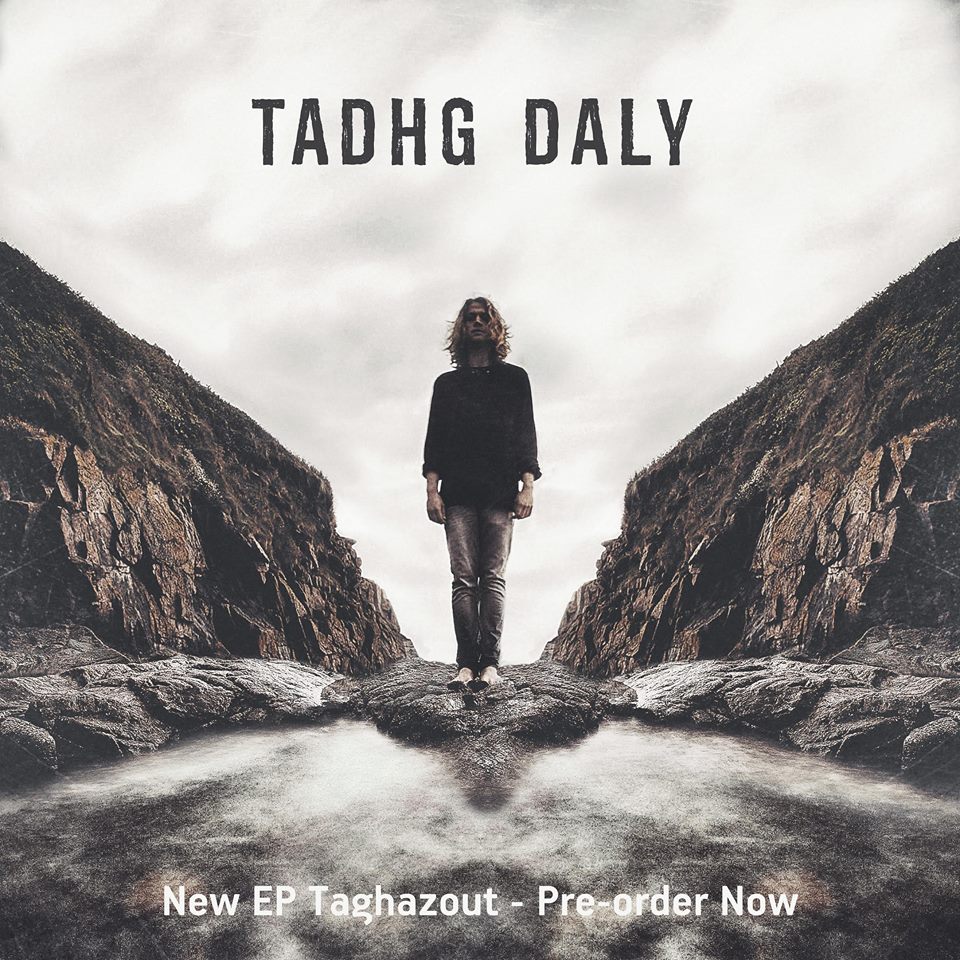 Overall Taghazout is a quartet of mesmerising tracks which combine blues, folk and rock with stunning sophistication which is more than worthy of a listen!

This March sees the release of folk rock artist Tadhg Daly’s captivating debut EP Taghazout. Music has always been an influential part of Jersey-born Tadhg’s (Gaelic for Tim) upbringing. He started playing the guitar from a young age but it wasn’t until hearing Nirvana’s Nevermind that Tadhg began penning his own songs.

After spending time studying music in London Tadhg returned to Jersey as he missed the beach, the outdoors and the beautiful scenic landscapes of the island that serve as inspiration to him: “There is a lot of natural inspiration in the islands that is harder to get in the mainland. And it shapes my sound.”

After releasing his debut single Learn To Live in 2015 (which achieved New & Noteworthy status by iTunes) he went on to play at a number of festivals such as Boomtown Fair and Isle of Wight Festival as well as being booked as the main support for artists such as The Hoosiers and Natty.

As well as Kurt Cobain, Tadhg cites Burt McCracken and Jeff Buckley as musical inspirations and has produced an EP which “represents overcoming some personal issues and dealing with the fear and pressure to wake up and become the person I feel I was supposed to be.” The release of Taghazout has been eagerly anticipated by Tadhg’s ever expanding fan base and it certainly doesn’t disappoint!

Lead single Control Yourself combines powerful riffs with guitar twangs and soaring, melodic harmonies. The track is punctuated with bluesy and folky undertones and a backdrop of percussion that ebbs and flows from start to finish. As the song progresses a rock-inspired edge emerges as the pace slows bringing the stunning guitar riffs centre stage. The rock and roll vibe is further punctuated by Tadhg’s own distinctive voice: he possesses a gravelly tone brimming with emotion and which draws comparisons to Kurt Cobain’s unmistakeable vocals. I also detect slight country-esque undertones in the rhythm and there’s a nod to the classic American style of music-making as the production is on a very grand scale with look-at-me guitars and head-turning percussion. The video, which was shot in Jersey, is equally atmospheric and enchanting.

There’s a serene opening to Lower The Sound as Tadhg’s voice is set against only gentle keys and muted guitars. The tranquil backdrop further enhances the unrefined nature of Tadhg’s vocals and exposes a rugged core of emotion. The song gradually builds with the introduction of angelic female backing harmonies and arresting drum beats before the pace is taken up a notch. The electric guitars suddenly swing into action bringing a wall of smooth sophistication to proceedings.

Don’t Tell Me has a beautiful guitar-led intro that instantly makes me think of the opening to Find The Time by Get Cape. Wear Cape. Fly. But that’s where the comparison ends as there’s no kitch, jolly undertones here. The introduction of Tadhg’s brooding vocals and the deep drum beats lend the track an atmospheric edge, taking the listener on an emotional journey. Finally, the intense bass and stimulating guitar riffs are brought to the fore and conjure up images of stormy skies and rolling clouds as the song takes on a whole new dynamic. It’s like another song entirely as it becomes infused with classic rock edginess: piercing guitars, emotion-fuelled vocals and siren-like female harmonies (courtesy of his equally talented younger sister Aine).

Without You I’m Alone is the standout track on the EP for me as it possesses an achingly cool rock vibe. The ultra-deep bass guitar opener sounds amazing coupled with Tadhg’s effortless vocals which take on a bluesy feel. The classic 60’s-sounding keys add a whole new dimension to the track, demonstrating that Tadhg takes influence from an abundance of musical styles and eras, melding them together brilliantly and creating a track that’s understated perfection.

Overall Taghazout is a quartet of mesmerising tracks which combine blues, folk and rock with stunning sophistication which is more than worthy of a listen!

2016 promises to be a big year for Tadhg for as well as the release of Taghazout he embarks on a string of live dates in March with fellow Channel Islander Robert J Hunter.

Taghazout is released on 25th March.

Find out more about Tadgh on his website and Facebook page and have a listen to his current single Control Yourself below.