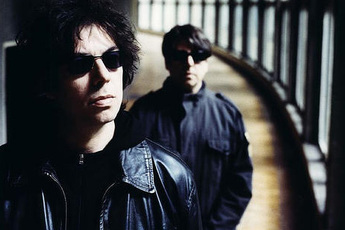 Primal Scream will be joined by the legendary Echo And The Bunnymen for 2013’s Teenage Cancer Trust concerts at the Royal Albert Hall on Thursday 21st March.

The run of shows at London’s Royal Albert Hall has been curated by Noel Gallagher. The line-up for The Teenage Cancer Trust Tour sees the likes Ryan Adams, Kasabian, Paul Weller, Rizzle Kicks, Labrinth, Russell Brand, Noel Fielding and Primal Scream take to the stage to raise money for the charity.

Echo and the Bunnymen are just one of a number of special  guests which have been announced for the shows running from Tuesday 19th to Monday 25th March. Amongst the announced ‘special guests’  are newcomers Dark Horses joining Kasabian, acclaimed band Palma Violets supporting Paul Weller, Beth Orton for Ryan Adams and lastly Super Furry Animals frontman Gruff Rhys will open for Noel Gallagher for a very special show featuring performances from special guests including Damon Albarn and Graham Coxon.

The music and comedy shows are Teenage Cancer Trust’s flagship event. The money raised makes a massive difference to the lives of thousands of young people with cancer across the UK through life changing care and support. As the only charity in the UK dedicated to supporting teenager and young adults with cancer, Teenage Cancer Trust relies on the support of the general public to fund a range of services that aim to improve their quality of life and chances of survival.

Noel Gallagher, a key supporter of the charity, was asked to get involved in curating the shows by Teenage Cancer Trust patron and frontman of The Who, Roger Daltrey CBE. Roger, currently on tour with The Who in America has been the driving force behind the concerts which have raised over £15million for Teenage Cancer Trust since they began in 2000. This is the first time he has invited anyone else to handpick the incredible line-up.

The full line-up for The Teenage Cancer Trust Tour can be seen below;

Thursday 21
Primal Scream
Plus special guests Echo and The Bunnymen