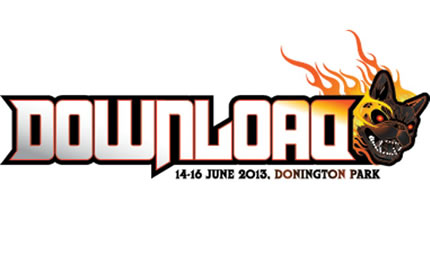 Alice in Chains, Gaslight Anthem, Motorhead, HIM, 30 Seconds To Mars and Queens of The Stone Age have joined the previously announced headliners of the Donington Park Festival.

The six acts will play alongside headliners; Slipknot, Iron Maiden and Rammstein to make up the mainstay of the Download 2013 line-up. Download 2013 takes place at Donington Park from June 14-16 2013. Weekend with camping tickets are on sale now from www.downloadfestival.co.uk with prices starting at £170.

A Day To Remember were also added to the bill in a special announcement on Scuzz TV, two hours after Zane Lowe revealed the other six acts on BBC Radio1.

Queens of the Stone Age are confirmed to make their Download Festival debut, marking the band’s first UK date to be announced for 2013.Thirty Seconds to Mars are back for the third time to treat audiences to hits such as Kings and Queens, This Is War, Closer To The Edge and The Kill (Bury Me), and The Gaslight Anthem, who last played in 2011, are also confirmed.

Returning to thrash out for the fourth time at Download Festival are Motörhead, who follow on from a storming Donington set in 2010 where they were joined on stage by Slash. Finnish rockers HIM are also confirmed, and will be playing hits spanning their 20 year career.